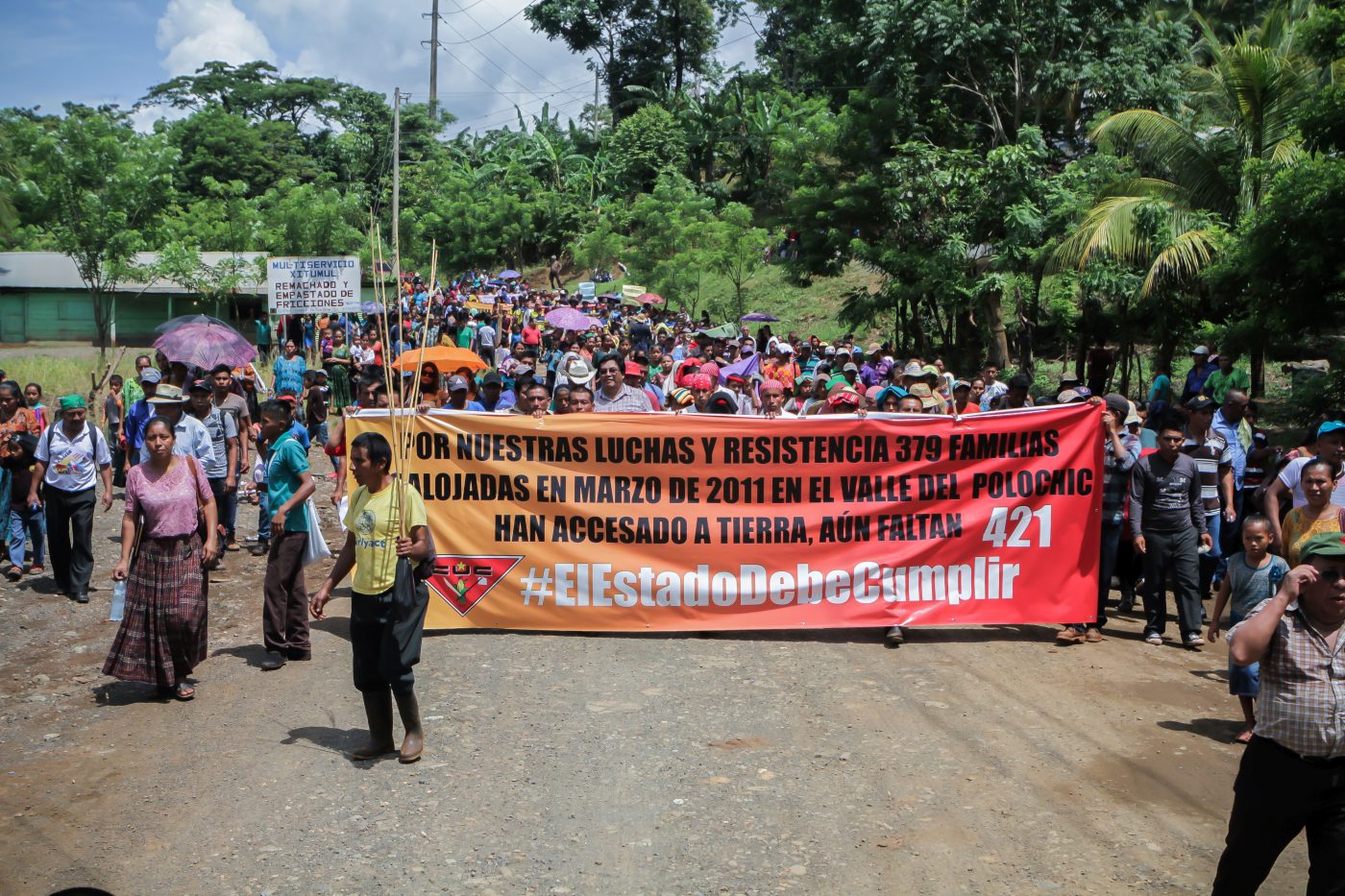 Evicted for a Sugar Plantation

Large-scale palm oil, sugar and banana plantations, cattle ranches and mining and energy projects are increasingly encroaching on the lands of the Mayan Q’eqchi and Pomoqchi peoples, who have inhabited the Polochic Valley and the areas around Lake Izabal since pre-colonial times. Indigenous people, who constitute more than half of the population of Guatemala, have long been deprived of their land rights.

As affirmed by the United Nations Commission on Historical Clarification the Mayan people were subject to genocide at the hands of the militarized Guatemalan governments, during a 36 year long armed internal conflict that ceased in 1996 with the signing of the Peace Accords.
The State has made some progress but has not yet complied with the substantial agreements of the Peace Accords. There has been even some regression on the collective rights of Indigenous Peoples to prioritize corporate interests. In 2011, for example, more than 769 Q’eqchi families were violently evicted in the Polochic Valley on behalf of an expanding sugar plantation. The government later promised to give land back to the evicted families, but 414 of them are still waiting.

Many Indigenous leaders across Guatemala who work with communities affected by land conflicts are being criminalized, prosecuted and killed, with 13 deaths in just the first eight months of 2018. Among the dozens of leaders who have been subjected to false or dubious charges are Abelino Chub, a teacher who has been in prison awaiting trial since February 2017; Juan Eduardo Cal, who was jailed in October 2017 and released on house arrest in December; and Maria Choc, who has been under house arrest since January 2018.

Landless Indigenous families in Guatemala often suffer extreme poverty and undernourishment. Research shows that plantations are less good for local economic development than the traditional small-scale growing of maize and beans which they replace.