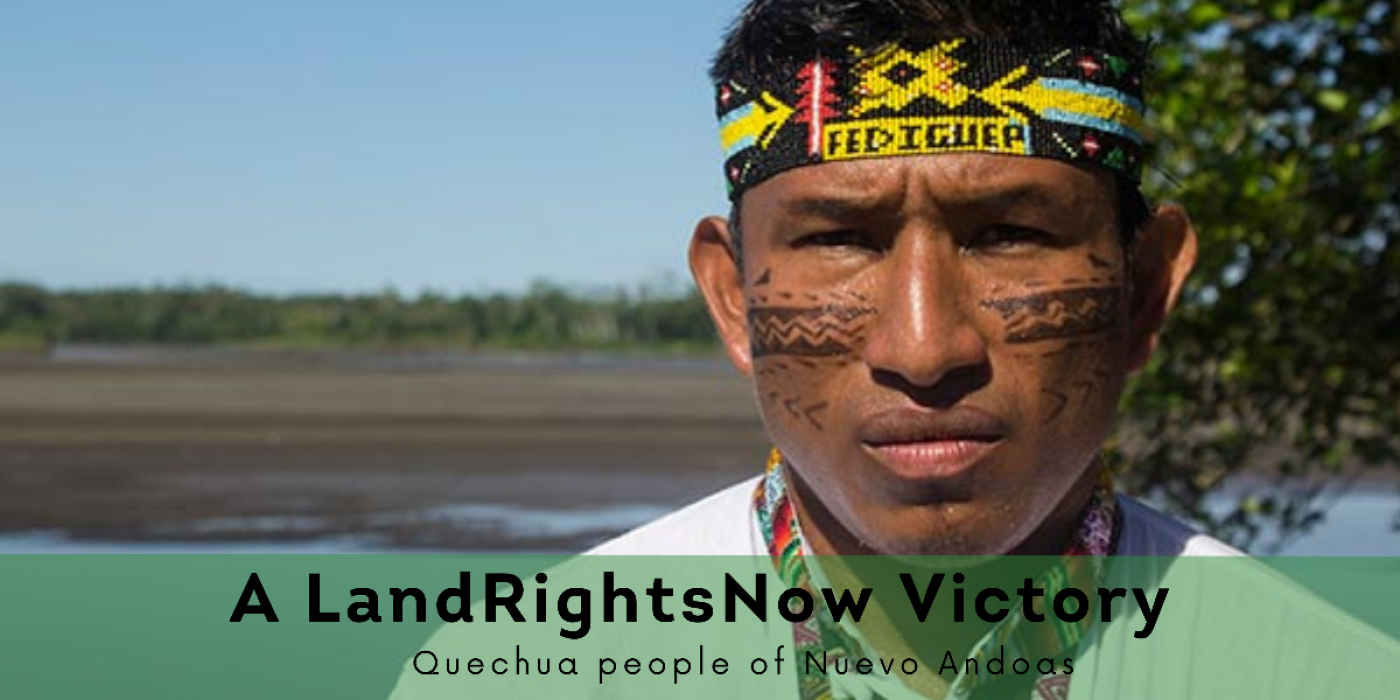 We received a very important ruling of the Judicial Court of Peru on a case the Land Rights Now campaign supported in 2016 and 2017.

The campaign supported the struggle of the Quechua people of Nuevo Andoas, who were suffering the health and environmental consequences of a poorly regulated extractives industry. The campaign called on the government to grant the communities full title to their territories; to fulfill their rights to health, education and a development that respects their identity; and to provide reparation for the damage to their health and environment caused by the oil industry.The Court has now ruled on:

1) The definitive titling of the integral territory of the indigenous Quechuas, Achuar, Kichwas and Kukama communities, including Nuevo Andoas”

2) The payment of oil easements by the oil company PlusPetrol

3) The payment of compensations by the Peruvian State for having attributed the land of indigenous people to oil compagnies without consultations or the payment of oil easements.

This is a major result of decades-long struggle of the communities of Nuevo Andoas, and many years of support from Oxfam in Peru, and others, including LandRightsNow.

Thank you for being part of this movement.