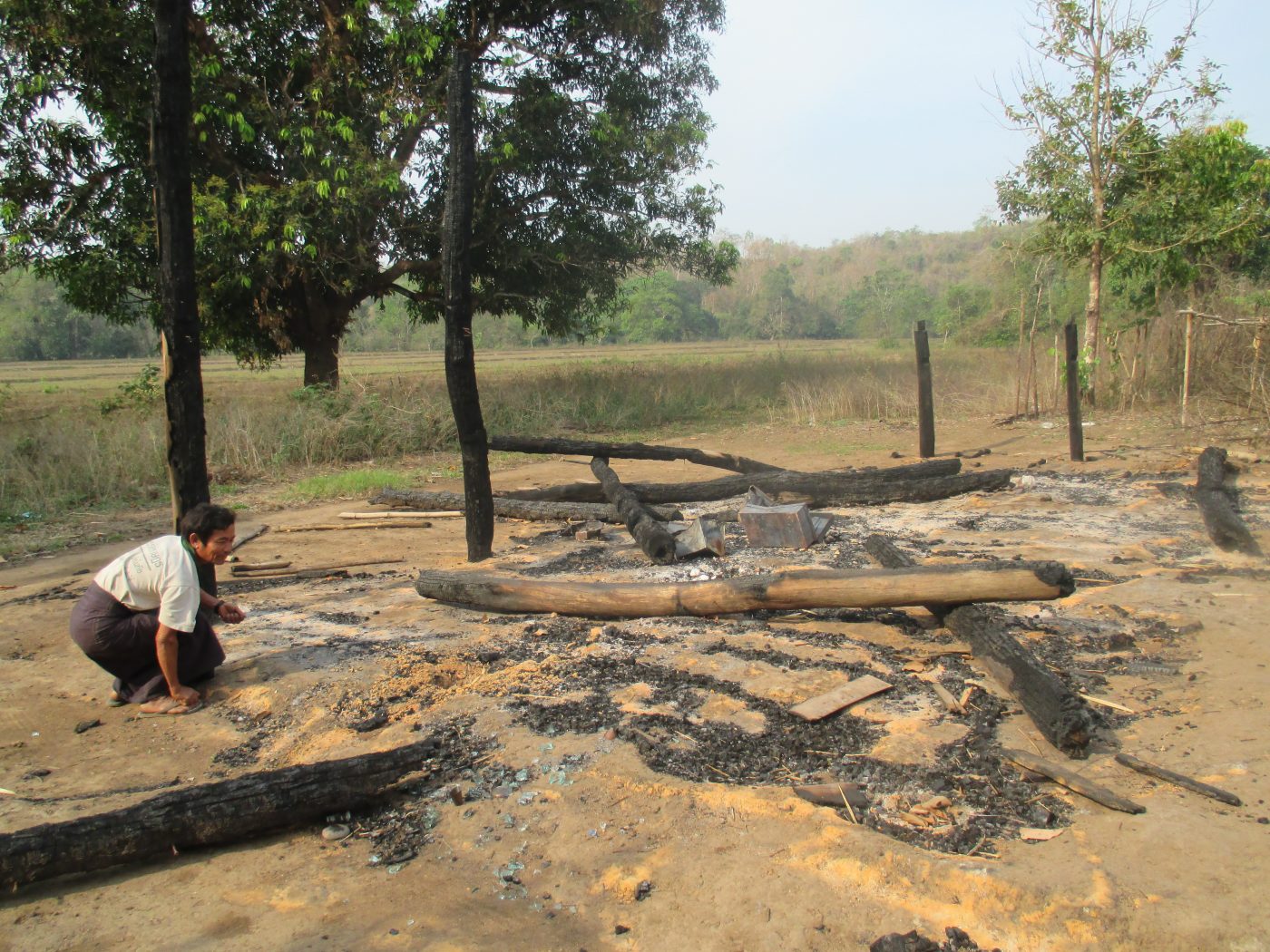 The recent construction of the Asian Highway through Karen State – a region of Myanmar that has experienced conflict since 1949 – has resulted in widespread land confiscations and military clashes that have displaced more than 1,000 people. Before the construction began, developers did not seek the consent of local communities and made no meaningful effort to communicate with affected villagers about how it would impact their land, and whether they would receive any compensation.

Instead, the state’s Chief Minister retroactively informed villagers who had lost land that they would receive 1.5 million kyat (USD 1,270) per acre, which would cover the construction of a bamboo house, but not the cost of purchasing new land. There was no opportunity for negotiation.

“We disagreed because we would get this only one time in our life, whereas the farm will provide for us forever” says Daw Su*, a local farmer. In a region where 70% of the population depends on land for their survival, land confiscations threaten the livelihoods of entire communities.  “The farms are the rice pot of our family. We can send our children to school because of this farm”, Daw Su adds.

There was an outbreak of violence between government forces and different ethnic armed organisations fighting over control of the highway. The increased tension between ethnic armed groups in the area displaced around 6,000 people, many of whom still do not have adequate food or resettlement options.

The road construction has also affected rice yields: because drainage was not properly installed, land along one side of the highway now gets too much water and land on the other side gets too little.

The next phase of the road is currently under construction contracted to the China Road and Bridge Construction Company and funded by the Asian Development Bank (ADB). It will pass through 17 villages and 1 town. In the early stages of road construction, the government of Myanmar had not consulted local communities or negotiated compensation. Since then, the ADB has reached out to local villagers, and established a grievance mechanism.

Many problems remain: i) no meaningful conflict impact assessment has been conducted, including around quarries built on the site to mine material, which has spurred violence; ii) 100 project-affected people have received no compensation at all, and are waiting for a fair compensation; iii) no rigorous independent environmental impact assessment has been conducted, notwithstanding the involuntary resettlement, and disruption of soil and irrigation systems in the paddy plantations nearby.

The case is emblematic of today’s land disputes in Myanmar, which are a major threat to long-term peace. There is an urgent need to regulate investments properly and establish a legal framework that protects the land rights of rural communities. A Myanmar national land law is foreseen, but the ongoing reforms of other land related laws under consideration threaten to further weaken the land rights of millions of farmers. This is made more challenging by the context in which these laws are being developed. One 2015 study reported that almost half of the land confiscation cases across the country from between 1990 and 2009 were driven by the military, or the military working with government departments and business actors. As long as these actors continue to hold the key decision-making power in the national land reform process, and voices from the ground continue to be ignored, the land rights of Myanmar’s rural communities will remain under threat.

The Government of Myanmar, ADB and the contractor must ensure that construction does not result in human and land rights abuses, and establish a transparent, impartial and inclusive process to protect the rights of local communities. Therefore,

In order to address the wider systemic issues: