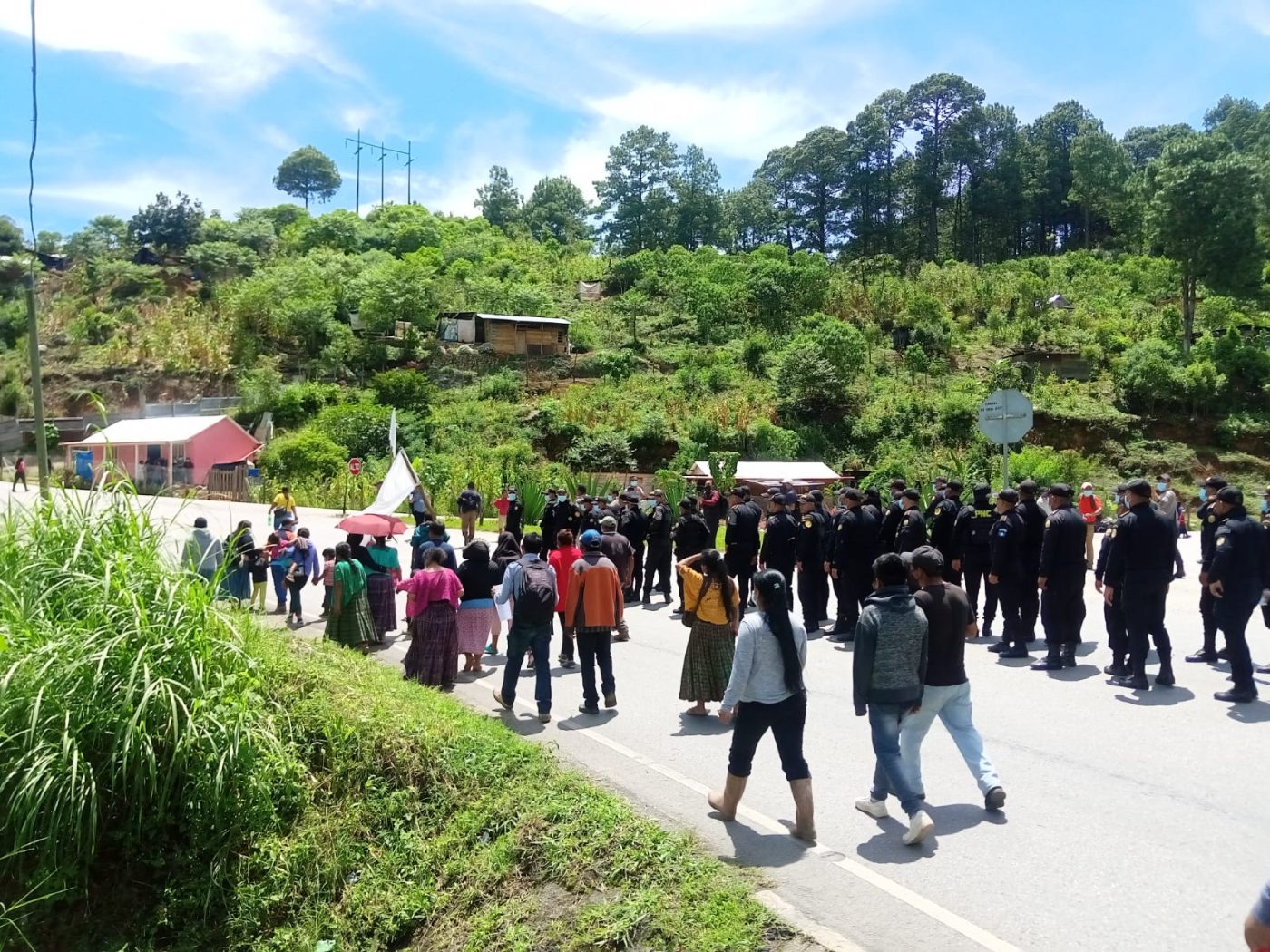 On the 21st of November, the government of Guatemala began the violent process of evicting local and Indigenous communities from the Sierra de las Minas region.[mfn]https://mailchi.mp/cb8cc2ae3490/stop-evictions-against-mayan-communities-and-respect-indigenous-peoples-rights-over-the-lands-territories-and-resources [/mfn] As many as 10,000 families could be affected, the majority of whom are members of the Mayan q’eqchi’ and poqomchi’ peoples.[mfn]https://lac.landcoalition.org/es/noticias/comunicado-rechazamos-los-desalojos-forzosos-y-la-ocupacion-militar-en-territorios-de-comunidades-campesinas-e-indigenas-en-la-sierra-de-las-minas-en-guatemala/ [/mfn] Now, these local and Indigenous communities face violence from extrajudicial and state actors as they fight to defend their territories.[mfn]https://www.prensacomunitaria.org/2022/08/una-comunidad-de-coban-fue-desalojada-de-una-finca-que-el-ejercito-reclama-como-propia/ [/mfn]

The Indigenous communities and local peoples who are being evicted have been demanding for decades that the State recognize their right to their traditional lands and resources. Since the late 19th century they have worked as agricultural day laborers for industrial farmers under desperate conditions. They often lack basic sanitation, adequate food, or fail to receive fair compensation for their work. In recent years, the introduction of hydroelectric plants and the “coffee crisis” have presented a new challenge to regional communities. The modern economic model has led many landowners to expel local and Indigenous communities from their ancestral territories.[mfn]https://www.plazapublica.com.gt/content/expulsados-de-su-comunidad-en-plena-pandemia[/mfn]

The impact of the evictions on the affected communities has been profound. Their free movement has been restricted, they cannot stock or sell products, and many community members have been unable to obtain health services. Villagers have also faced direct physical violence from members of the State policy and the military, who assaulted a community leader and razed villages.[mfn]https://www.business-humanrights.org/en/latest-news/guatemala-attacks-against-mayan-poqomchi-and-mayan-qeqchi-communities-aimed-at-arresting-leaders-and-forcibly-evicting-them-from-their-lands-in-favour-of-extractive-companies/ [/mfn] These violations are in direct opposition to the Inter-American Commission on Human Rights Resolution 67/2020, the Declaration of the Nations for the Rights of Indigenous Peoples, and the Voluntary Guidelines on Responsible Governance of Land Tenure in the Context of Food Security. Further, the State has disregarded the collective right of the Maya Indigenous Peoples to their ancestral territories and resources.[mfn]https://mailchi.mp/cb8cc2ae3490/stop-evictions-against-mayan-communities-and-respect-indigenous-peoples-rights-over-the-lands-territories-and-resources [/mfn]

Land Rights Now supports Indigenous leaders, local peoples, and civil society of Guatemala who call upon the Guatemalan government to immediately end the evictions, and protect Indigneous and local rights in accordance with international treatise. We also demand the urgent cessation of violence in the Sierra de las Minas territories. We call for the recognition and protection of the rights of indigenous peoples to their ancestral lands and resources, as well as access to land and legal certainty for peasant populations. Finally, it is necessary to establish effective mechanisms for dialog with the actors involved and to re-establish public institutions to put an end to the agrarian conflict that prevails in Guatemala.