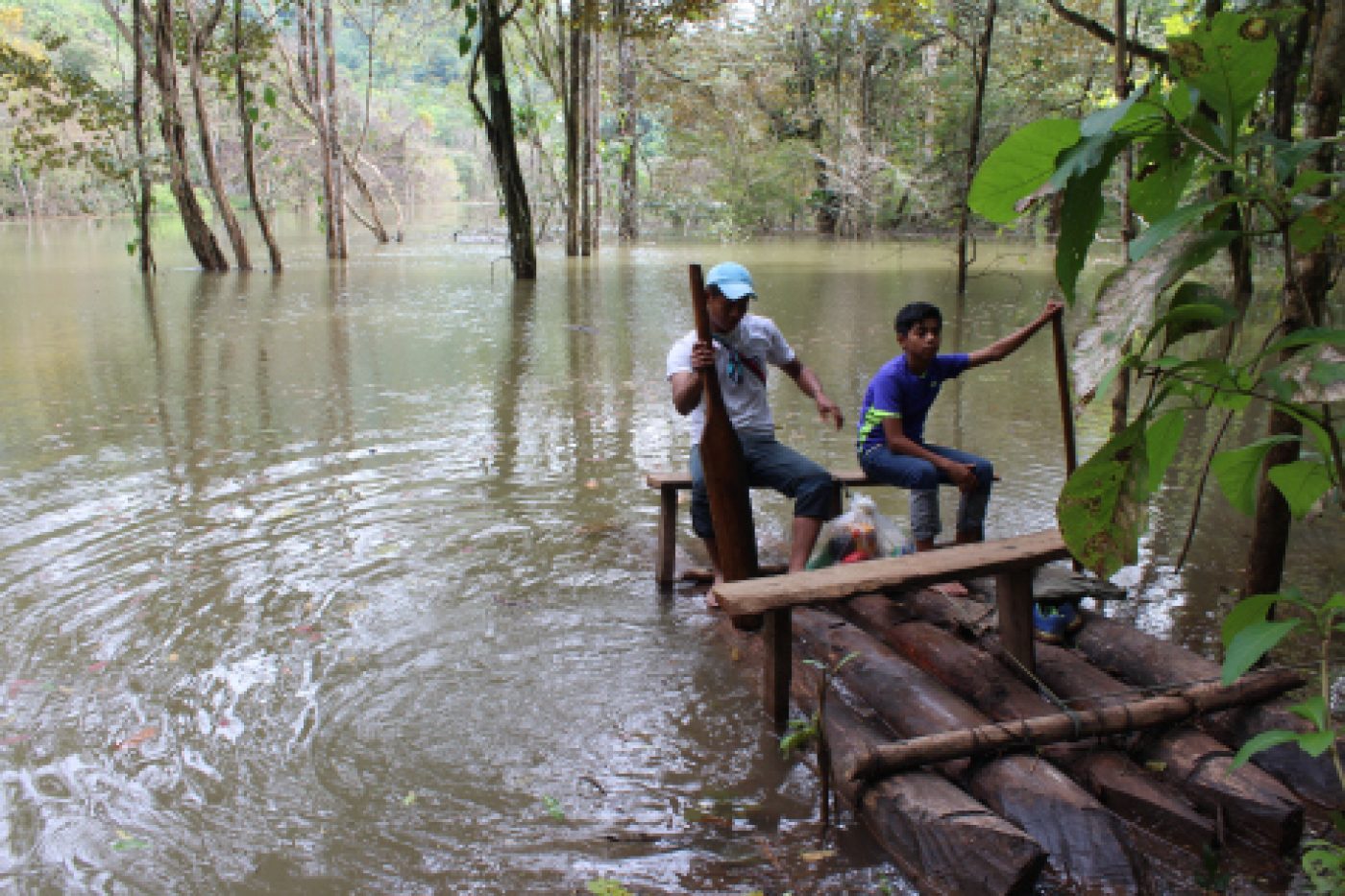 “Thousands of fish have died. It smells rotten. The whole eco-system of the Tabasará River is now in grave danger” says Ricardo Miranda of the Ngäbe Buglé Indigenous community whose ancestral lands may soon be flooded. The controversial Barro Blanco Dam project in Panama directly affects 480 Ngäbe Buglé indigenous people and their legally recognized land along the Tabasará River – the third largest river in Panama and home to Ngäbe sacred sites and a key part of their livelihoods of fishing and small scale agriculture.

The multi-million dollar project which was approved by the UN Clean Development Mechanism is being built by Panamanian company GENISA with funding from the German Investment Corporation (DEG), the Dutch Development Bank (FMO) and the Central American Bank for Economic Integration.

In a process that dates back to 2006, there has been serious concerns that GENISA, in order to receive international funding, carbon credits and state consent, presented inaccurate information regarding the environmental and social impact of the project. The study was questioned by Panama’s own environment agency ANAM as well as technical investigators and NGOs. The UN Special Rapporteur for Indigenous Peoples James Anaya visited the affected area in 2013 and stated that the indigenous people directly affected by the project had not given their free, prior and informed consent as required by the law.

In early 2015, the independent complaints mechanism of the dam’s investors concluded that DEG and FMO had failed their own due diligence tests: “Lenders should have sought greater clarity on whether there was consent to the project from the appropriate indigenous authorities prior to project approval.” By this stage the dam was almost 95% complete but its construction was nonetheless suspended by the Government of Panama in June 2015 pending the outcome of a court case regarding the flawed environmental impact assessment process.

Two months later, following a change of government, partial reconstruction re-commenced although the actual filling of the reservoir was prohibited until a final agreement had been reached with the Ngäbe Buglé communities. Despite this, on 24 May 2016 in order to “test and ensure safety” the filling of parts of the reservoir started and parts of indigenous territory have been flooded.

The indigenous M-10 Movement (Movimiento 10 de Abril) has mobilized mass resistance to the project including through direct action such as road blockades and obstruction of construction access – often finding themselves victims of threats and harassment. On the same day that flooding commenced, their protest camp was forcibly evicted by police.

Mass national and international pressure successfully lead the government to call on GENISA stop the flooding but there is a serious concern that further “safety tests” to fill the reservoir will re-commence at any time.

Both ENDS, a GCA participant based in The Netherlands is calling on Dutch Development Bank FMO to take up their role as a responsible investor by demanding that the sluices are opened again and the illegal filling of the reservoir is reversed and to also ensure that the Panamanian government includes the affected communities in any future decision making on the fate of the Barro Blanco dam. Finally they are also calling on FMO to send a team of independent observers to the location to ascertain the situation and prevent any future human rights abuses.