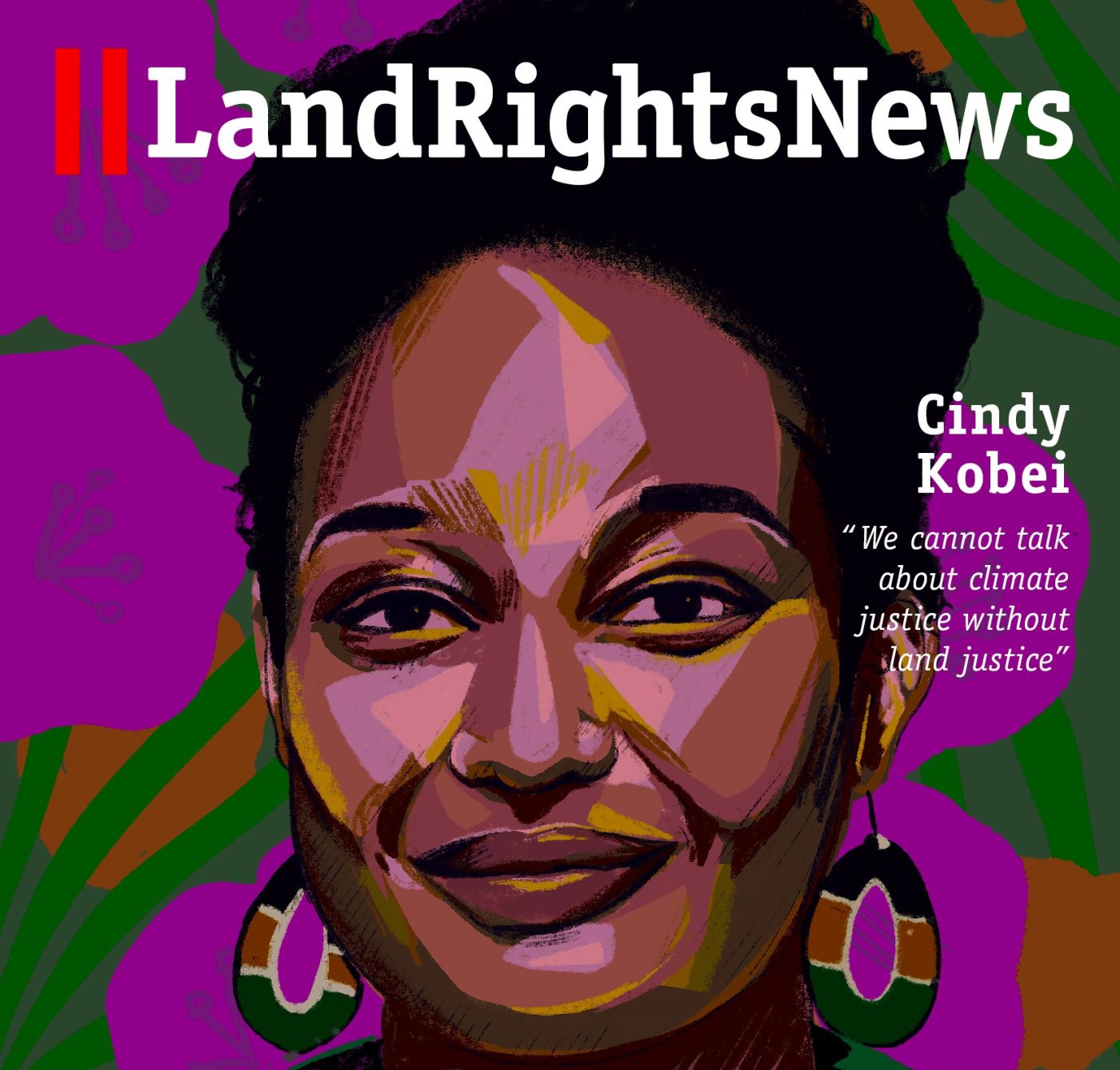 When Cindy Kobei speaks about climate justice, she does not think of herself. Rather, she is fueled by thoughts of her community, and the earth she hopes her children may inherit in the future.

“I say that [we] are not working just for ourselves, but for the future generations,” Cindy says. “If [a young woman] works for justice, she ensures that future generations will not face the same challenges as we do now.”

Cindy’s strength of her connection to the land was established at a young age, when she visited her grandmother’s house on the edge of the Mau forest. There, Cindy was inspired by the sustainable hunting and gathering practices of her people. Yet while she was still a teenager, many Ogiek families, including Cindy’s aunt and cousins, were evicted from their forest homes under the pretense of “conservation” by the Kenyvan government.1“Despite Winning in Court, the Ogiek People Await Justice.” Land Rights Now , 2022. https://www.landrightsnow.org/despite-winning-in-court-the-ogiek-people-await-justice/. The loss of their lands was a tremendous loss for the Ogiek, who consider the Mau forest the center of their spiritual and physical lives. Yet it was equally devastating for the ecological well being of the forest, where the land has since been developed by logging operations, tea plantations, and private ownership.2Siegel, Nathan. “Kenya: Indigenous Ogiek Face Eviction from Their Ancestral Forest… Again.” Mongabay Series: Indigenous Peoples and Conservation. Mongabay, October 8, 2018. https://news.mongabay.com/2018/10/kenya-indigenous-ogiek-face-eviction-from-their-ancestral-forest-again/

A landmark ruling in 2017 by the African Court on Human and Peoples Rights found the Kenyan government guilty of violating eight Articles of the African Charter on Human and Peoples’ Rights when they evicted the Ogiek from their ancestral lands.3Wiley, Alden. “Huge Victory for Kenya’s Ogiek.” Land Rights Now, June 13, 2017. https://www.landrightsnow.org/huge-victory-for-kenyas-ogiek/. First published in The Star newspaper, Kenya. The case was celebrated as a precedent for the legitimacy of legal claims by Indigenous communities to their traditional lands and resources. In July 2022, the same court confirmed the ruling, and demanded  the Kenyan State to fully recognize and protect Ogiek people’s territory and culture and requested an important compensation for the damages caused.

Yet the community has continued to suffer violent evictions from the Mau forest, and await reparations for the damage to their lands and community from the Kenyan government. Cindy’s family are among affected community members, as they have been unable to return to their homes.  “Seeing all of this happen when I was young,” Cindy says, “inspired me to fight for justice.”

Cindy’s rise in the climate justice movement over the last five years has been meteoric, rooted in her work at the intersection of education, advocacy, environmental defense, and land rights. In 2019 Kobei co-founded the TIRAP Youth Trust to champion the rights of Indigenous Ogiek youth. She is particularly proud of the work the Trust has done to educate young Ogiek women.

“We let [the girls] know that the environment is changing, that we need to act now. . . so as we teach them about their rights, we are growing a generation of human rights defenders.”

TIRAP situates climate activism at the nexus of land rights and environmental protection; a connection critical to the Ogiek experience, as the community’s land-based resources have been dually affected by climate impacts and territorial expropriation. Indigenous women, Cindy believes, should serve as leaders in efforts to address the interrelated crises. “In Kenya, women are at the forefront of enduring climate change, because when there is drought. . . men will be away for a very long time, leaving the women and children alone at home to fend for themselves.” Yet far from victims, Kobei believes Indigenous women can be leaders in the fight against climate change, relying on traditional knowledge of sustainable practices and community-building inherited from their mothers. “Women know how to build a movement,” she says, “because they do not give up easily. . . multi-task a lot, and know how to bring together a lot of people to take action.”

Looking towards the future, Cindy is optimistic. “I believe it is possible that climate [change] is reversible, with action by our people and Indigenous peoples around the world,” she declares. Yet Kobei acknowledges that it will take a concerted effort by world leaders, and a willingness to listen and act upon Indigenous knowledge, to make meaningful change. Thus far, she has been frustrated by the lack of implementation of the Glasgow COP26 Climate Pact, asking “if it is just promises and more promises, with no action.” Kobei would like to see world leaders taking steps to fund loss and damage and indigenous-led projects. Ahead of COP27 this November, she hopes the theme will be “implementation, implementation, implementation!” Further, Cindy wishes to make land a central theme of the commitments at this year’s COP.

“Once land justice happens, there will be climate justice,” she says. “You cannot talk about one without the other.” 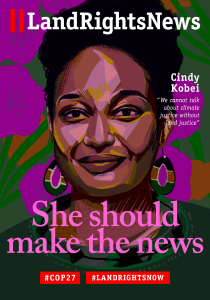