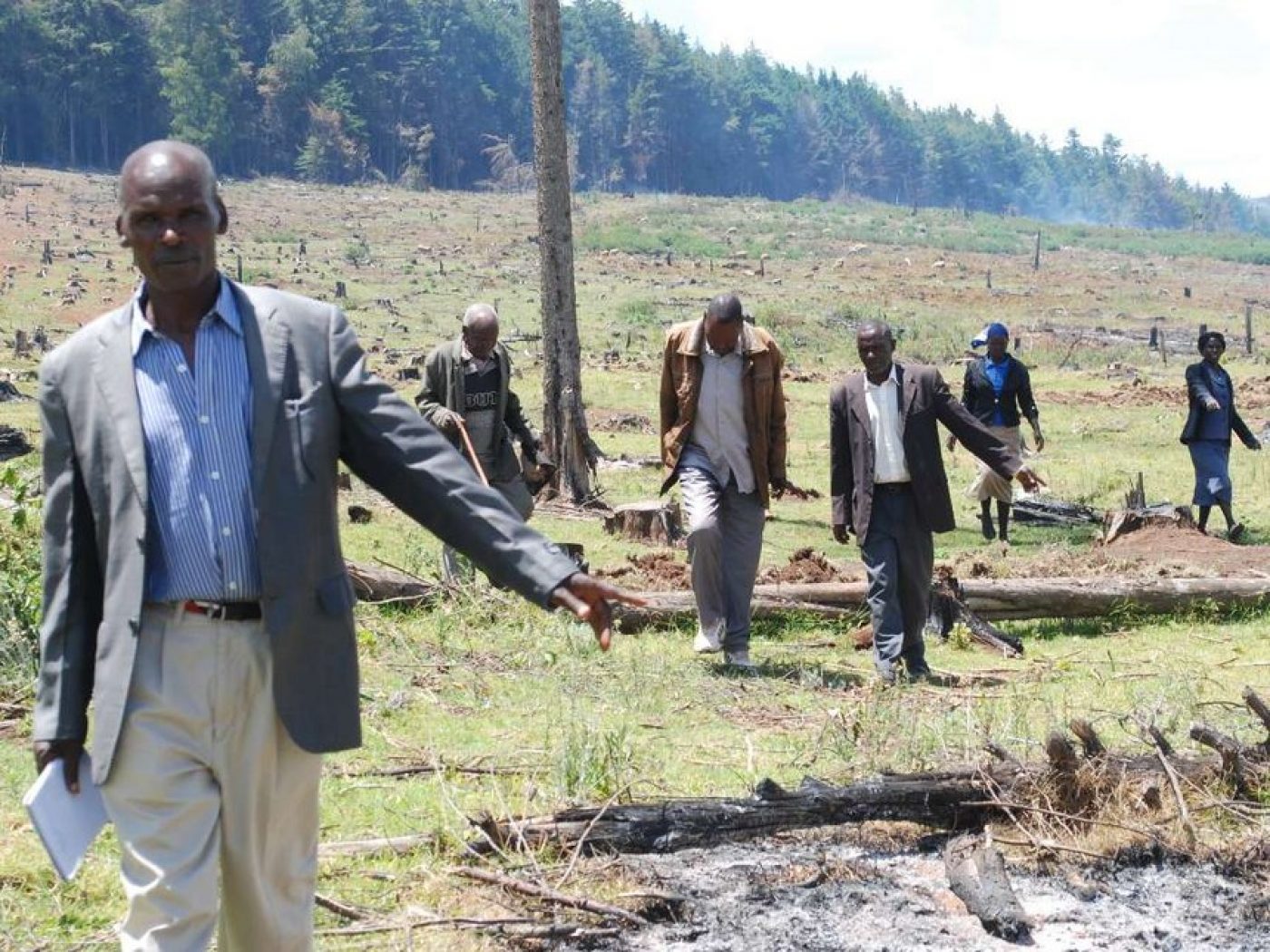 In this piece, first published in the ‘The Star’ newspaper Kenya, Liz Alden Wiley* explains how the recent African Court Judgement matters, not only for the Ogiek, but for all of us.

First, let us look at the case. Application No. 006/2012 was brought to the still-new African Court (2006) by the African Commission on Human and Peoples’ Rights, an AU agency with its headquarters in Banjul. The Commission acted on behalf of the Mau Ogiek against the Government of Kenya. The Ogiek sought principally: recognition of Mau Forest as their ancestral home and that their occupation was not the cause of its evident destruction; that the land be formally titled to them as their communal property; and that illegally granted titles and concessions over their forest territory be rescinded. The Commission alleged that the government had violated eight Articles of the African Charter on Human and Peoples’ Rights, the founding continental law to which all member states of the African Union are bound. The case was precipitated by (yet another) eviction notice to the Ogiek in October 2009.

The Mau Ogiek are a tiny tribe of 30,000 people who, like other forest hunter-gatherer communities in Kenya, were condemned by colonial authorities, in 1933, as A ‘savage and barbaric people who deserved no tribal status’ who should assimilate into more advanced tribes. By then, much of the Ogiek territory surrounding the Mau Escarpment had been taken to resettle Maasai who had been cajoled (or forced) into leaving Laikipia in 1911 to 1914. More territory was lost to white settlement in the 1920s and 1930s. Evictions multiplied. Ogiek increasingly hid in their forested uplands where they continued to practise their honey-based livelihood, a tradition dependent upon the natural forest remaining intact for bees to swarm. As Kenyans know, the Mau Forest represents the largest of the country’s few remaining water catchments. Yet despite being under Government ownership since the 1930s and in the formal care of its forest authorities since 1941, both the area and condition of the Mau Forest have continued down an unhappy path of degradation.

A main finding of the African Court is that this degradation can be attributed not to Ogiek habitation but mostly to the habit of the Government of Kenya of excising these forests at will for non-local persons and private farming purposes, to irregularly implemented settlement schemes, to unregulated encroachment, and to ‘ill-advised’ logging concessions. This finding should be the tipping point for the Kenyan Government to abandon its out-dated claim that the State must continue to own valuable forest resources on grounds of public interest, despite the public interest being so patently not served.

Few though they are, Kenya’s forest communities have stood ready for some years to take on the burden of rehabilitating and conserving their ancestral forests, subject to rigorous conservation measures as agreed with the Kenya Forest Service. Working through the practicalities of reclassifying affected public forests as community forests will be the main subject of the reparation hearings ordered by the African Court. As Daniel Kobei, a Mau Ogiek leader and an original complainant, remarked after the judgment was read out: ‘this is the chance for the Government to restore the Mau and to restore the dignity of the Ogiek people’. The two go hand in hand. Other traditional forest peoples, especially in the Congo Basin, will look keenly to those proceedings. They will also look to functioning community owner-conservator models of forest conservation, such as are well advanced in Tanzania where the African Court has its home.

The case has many firsts that will reverberate around the continent

There are other ground-breaking aspects in the Court’s judgment that can only be briefly listed here. The Court carefully worked through the issue of whether the Ogiek are an indigenous people, and accepted that they are, and are entitled to protection against marginalization and to the rights and freedoms for all Africans laid out not only in the African Charter but also in international law. Key to their distinctiveness, the Ruling says, is their profound and sustained attachment to their natural environment, around which every aspect of their society is shaped.

Nor, third, does cultural identity and attachment to the land necessarily depend upon retaining original livelihood modes such as hunting and gathering.

Fourth, the judgment reinforced an evolving recognition that for rural peoples generally a principal human right is the right to land.

Related, and fifth, this adds a nail in the coffin of the once continent-wide insistence that customary ownership of Africa does not count, and that colonial notions of what constitutes lawful possession or ownership must always prevail. Not only those who define themselves as indigenous peoples – around 25 million people in Africa – but all customary landowning communities can in future look to this judgment to help secure their rights through fair means. Despite rapid urbanization, the numbers of rural Africans will approach one billion by 2050. The majority own and use lands under customary law.

Sixth the cavalier misuse of the ‘public interest’ also received a long overdue knock. The right to be consulted about changes profoundly affecting rights and freedoms gained a stronger foothold in the judgment, in ways that will impact upon millions who face evictions from their customary lands for dubiously justified public interest.

Seventh, it will be less easy for Government to persist in ignoring comparable rulings. These include the African Commission’s quasi-judicial judgment in 2010 challenging the eviction of Enderois to make way for tourist developments; the 2014 order of the Environment and Land Court at Nairobi to government to cease depriving Ogiek of their rights through evictions; and the court injunction granted to the Sengwer forest people against their eviction from Embobut Forest in 2013.

Eighth, donors, many of whom appear to have kowtowed to the Government’s position that eviction is inevitable to serve conservation, will need to rethink this position to keep within the law, and brush up their knowledge of modern conservation strategies around the world.

Ninth, the African Court has strengthened evolving recognition of its judicial independence, by seeing through a case with known implications for millions around the continent.

Once again, Kenya’s Constitution is a winner

Tenth, and of most importance to this column, is the added grist this judgment gives to the mill of the people’s Constitution of Kenya. In important ways, the African Court could not have ruled otherwise than it did. The Constitution already requires de facto consent to projects affecting people through its clever provisions for fair administrative action.

Commitments against arbitrary deprivation of property of any description, to redress disadvantages suffered by groups because of past discrimination, and the inclusion of hunter-gatherer and pastoral communities as among the nation’s most marginalised, are already enshrined in the Constitution and being tested in the courts. Provision for community lands (and through the new forest law, community owned forests) already exists. Most directly, the Constitution establishes that the ‘ancestral lands and lands traditionally occupied by hunter-gatherer communities’ is a category of community property.

The challenge now is to make all this real on the ground. This includes fashioning forest rehabilitation and conservation around these democratic realities. Kenyans need to ensure that the Government does respect and follow this judgment, of an important African court.

*Liz Alden Wiley is an international tenure specialist and a Fellow of the Van Vollenhoven Institute, Leiden School of Law, The Netherlands and Katiba Institute, Kenya.  She is a member of the Global Council of the Global Call to Action on Indigenous and community Land Rights.