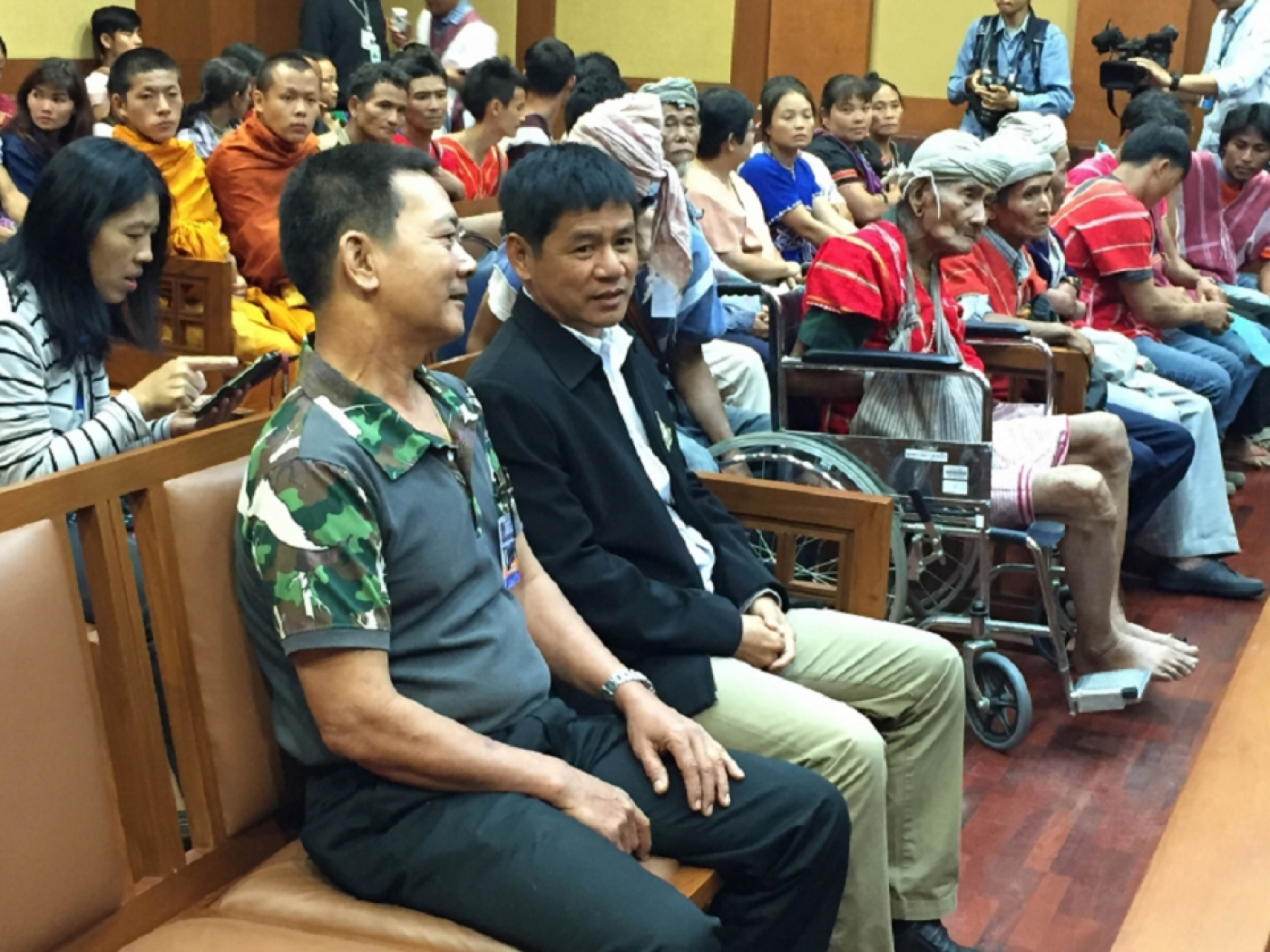 In the name of Conservation: Karen community prevented from returning to ancestral lands

Update: The World Heritage Committee refered the nomination of the Kaeng Krachan Forest Complex, in order to allow the state to more fully address the concerns that have been raised by the Office of the United Nations High Commissioner for Human Rights concerning Karen communities within the Park, including the implementation of a participatory process to resolve rights and livelihood concerns and to achieve a consensus of support for the nomination of the property that is fully consistent with the principle of free, prior and informed consent. Read the decision here.

Last month, the Thai Administrative Court ruled that officers from the Kaeng Krachan National Park in western Thailand did not break the law in burning properties of a Karen community and forcefully evicting them from their ancestral lands.

In May 2011, officers from the National Park had burned down 100 houses and rice barns of a Karen community living in the Park area.. Following the incident, six Karen representatives filed a case against the National Park, Wildlife and Plant Conservation Department (NPD) and the Ministry of Natural Resources. The Court has now ruled against them concluding that the Karens had “encroached” on the forest area with the aim of expanding their community and farms and stated that, under the National Park Act 1961, the NPD was permitted to take measures and burn down the properties of the community. Not only this, but the Court bars the Karen from returning to their land.

While the National Park has only been in existence for 35 years– the Karen have lived in the area for centuries carrying out traditional rotational farming. In 1996 With the promise of a fair resettlement package, 57 Karen families were evicted from their homes in Bang Kloi and Pu Ra Kam villages. The Government failed to provide the promised resettlement and, with nowhere else to go, a large proportion of the evicted families returned to the original settlement areas within the National Park.

Since then, they have been repeatedly harassed by National Park authorities. The most recent eviction in July 2011 affected 17 Karen families (80 people), who were forced to flee and seek shelter with relatives outside the National Park. Today they continue to live in fear and uncertainty.

In its ruling last month, the Court ordered the NPD to pay compensation of Bt 10,000 (about US$287) each to the six representatives for the loss of their belongings. The Karen had asked for Bt100,000. The National Park Department is even refusing to pay this small compensation to the affected communities and plans to appeal.

The Karen will also appeal. “We also cannot accept simple financial compensation, as money alone will not suffice to compensate for the loss of our ancestral lands, our homes and our way of life,” said Du-u Cheebong, one of the six Karen plaintiffs.

Earlier in February, the Court made a similar ruling in another case of a home of a Karen villager torched in another area within the National Park – the villager’s lawyer has said they will appeal. However, there is a sense of fear of reprisals among the Karens to further pursue justice. The apparent disappearance in April 2014 of a local leader Pawlajee “Billy” Rakjongcharoen, who had demanded justice for the Karen communities evicted from the National Park is one such instance.

Now, this recent Court decision has created fear amongst Karen and other indigenous communities living in forest areas that the ruling will be used as a reference in similar cases, sending a signal to forestry officers to continue their violent methods with impunity.[1]

“We strongly urge the Government to provide effective redress to the affected Karen people, undertake measures steps to amend the National Park Act and other laws and policies to safeguard their rights over their lands and resources and take credible actions into the related disappearance and other harassment of community members,” said Joan Carling of Asia Indigenous Peoples Pact.

In July the Karen appealed also to the UN, asking the UN Committee on the Elimination of Racial Discrimination to review the facts of their situation and communicate with the Thai Government on their behalf. The Committee issued a communication to the Thai Government shortly afterwards, requesting (among others) that the Government report on “Steps taken to cease threats, intimidations, harassment against the Karen indigenous, investigate allegations of excessive use of force and provide reparation to Karen for any loss”.[2] Read more here.

“We remind the UNESCO to fully consider and address the problems of forced evictions and other rights violations in the Kaeng Krachan National Park when considering the proposal for listing it as a World Heritage site,”

The Government of Thailand has nominated the Kaeng Krachan Forest Complex as a potential World Heritage Site. In 2015 the nomination was referred (postponed) by the World Heritage Council during its 39th Session based on recommendations of the International Union for Conservation of Nature in order to “allow the Government of Thailand: Address in full the concerns that raised by the Office of the United Nations High Commissioner for Human Rights concerning Karen communities within the Kaeng Krachan National Park including the implementation of a participatory process to resolve rights and livelihoods concerns and to reach the widest possible support of local communities, governmental, non-governmental and private organizations and other stakeholders for the nomination.” In January 2016, the Government of Thailand reported to the World Heritage Committee on the progress with implementation of this recommendation including a process of dialogue initiated with Karen communities.

In a few days time the nomination is up for review again at the 40th Session of the World Heritage Committee 24-26 October. This time the Karen have issued an unequivocal statement asking for recognition of their rights to their ancestral lands and calling on the Thai Government to work with them to ensure the future of the Kaeng Krachan site. They offer support for the nomination, but only on the basis of a respectful relationship with them being established. The UN agrees, suggesting to the Thai Government “to reconsider the nomination of the KKFC site from the World Heritage’s list until an agreement is found with the Karen people”

For its part ICUN is recommending that the nomination be referred until the concerns raised in 2015 regarding a participatory process based on free, prior and informed consent on the rights and livelihoods of Karen communities are fully addressed by the Government. You can read the full recommendation here.

Given recent events, the Karen are calling for a ‘deferral’ of the nomination – a process that would involve a re-evaluation of the nomination as opposed to a year postponement. The full Karen statement can be found here.

This article prepared with thanks to Prabindra Shakya and Gwendolyn Parami