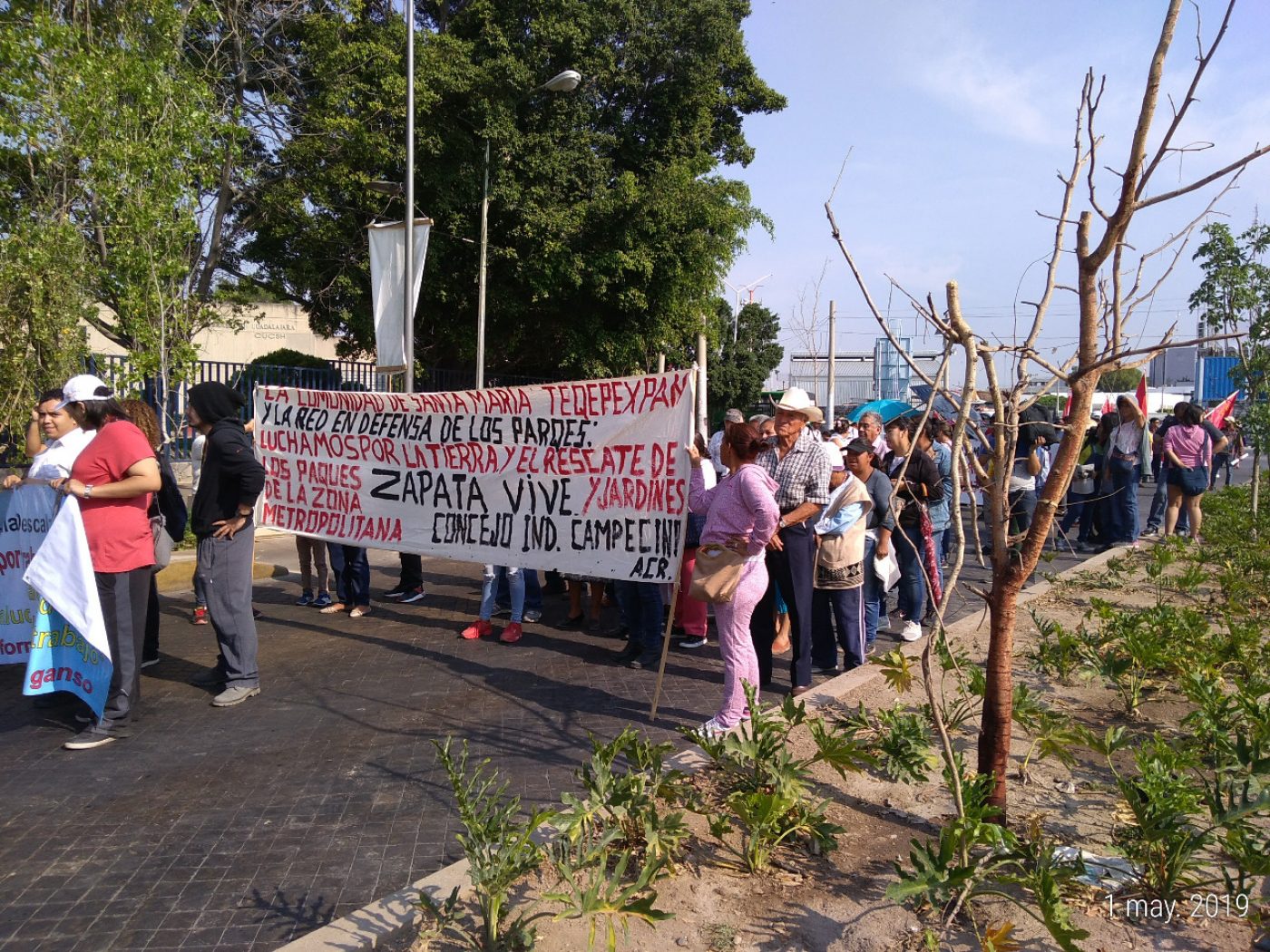 The indigenous communities of Santa María Tequepexpan, in Tlaquepaque and Ayotitlán have been severely criminalized for fighting for their rights to land and the environment and opposing mining and real estate mega projects. Likewise, members of Instituto de Derecho Ambiental (IDEA, Institute for Environmental Law) have been constantly criminalized for legally defending these and other communities in various states in western Mexico.

Both these communities and IDEA currently face attempts to remove their representatives from power, and have been falsely accused of kidnapping, injuries, damages, dispossession, theft, and false representation.

False accusations against a representative of the indigenous community of Santa María Tequepexpan, in Tlaquepaque, for opposing real estate mega projects

The Santa María Tequepexpan community is located within the metropolitan area of Guadalajara, the second most important city in Mexico. This has triggered continuous attempts by municipal and state governments and real estate companies to dispossess the community of its hills and green spaces to make way for their mega projects.

The Santa María community has waged a constant struggle to avoid dispossession. Through its Representative of Communal Assets and the IDEA, community members have managed to obtain judicial recognition of their collective property rights to their lands and to temporarily put the real estate project on hold.

In retaliation for this victory, the City Councils of Guadalajara and San Pedro Tlaquepaque, together with the real estate companies, have claimed that the community of Santa María does not exist. Moreover, they have filed a lawsuit against the community’s Representative of Communal Assets and IDEA for making statements to the contrary.

Despite these criminalization attempts, Santa María continues to fight to defend its territory and the environment. Nevertheless, the government and the real estate firms have sought, by resorting to corrupt attorneys working for the municipality, to have the Santa María Communal Representative removed, and thus break up the community’s struggle. This attempt to have the Representative dismissed will take place on December 4 and 17. This constitutes a direct attack against the community’s autonomy-building efforts.

The community of Ayotitlán in Cuautitlán, Jalisco has been opposing the mining mega project of the Benito Juárez Peña Colorada company—currently owned by the multinationals Ternium and Arsel Mittal—which became operational in this area in 1975. Approximately 12,000 hectares of community land was granted to the mining company without prior and informed consultation with the community. The implementation of the project has meant the destruction of woodland, forests, and water resources, thus affecting community life.

Acting on advice from IDEA, the community of Ayotitlán began a legal battle and won a historic victory against the mining company. The Second Collegial Court in Administrative Matters ruled to suspend the mining project and allow the free access of Ayotitlán inhabitants to their land. Nonetheless, despite this victory, in July 2015, 33 indigenous Nahua community members and the Director of IDEA were arrested, and tens more sustained injuries at the hands of state-level forces.

The individuals who were detained were accused—by the company and the local government—of kidnapping, theft, injuries, damages, and dispossession, and some of them remained in prison for up to ten months. During the process, both the government and the company tried to enter into negotiations with community members to persuade them to withdraw their lawsuits and stop fighting for their rights to land in exchange for the release of those who had been arrested.

Community members, however, did not give in. Jointly with IDEA, they managed to have the prisoners released. Currently, Ayotitlán continues to fight for justice for the abuse and damages committed by the state during the process of criminalization.

Institute for Environmental Law (IDEA): Defending Indigenous Peoples and local communities is not a crime

The IDEA accompanies Indigenous Peoples and local communities in the defense of their land and human rights in Jalisco, Colima, and Nayarit, among other states in western Mexico. Since 1997, IDEA has managed to terminate or temporarily suspend mining and real estate mega projects, as well as obtain reparations for Indigenous Peoples for damages caused by companies and state governments.

For providing legal services to defend Indigenous Peoples and local communities, IDEA’s president, managing director, executive director, and environmental justice coordinator have been wrongfully sued. Government agents and representatives of the mining and real estate companies have accused them of kidnapping, injuries, damages, dispossession, theft, and false representation. Furthermore, IDEA has been the target of threats and harassment.

During the aforementioned legal actions, the different Attorney General’s Offices have been under pressure from local executive branches and companies to support the latter and criminalize IDEA members. Several of the proceedings against the organization have been dismissed due to an obvious lack of evidence. The legal actions against the president and the managing director, however, are still ongoing. At present, IDEA is protected by the Mechanism for the Protection of Human Rights Defenders and Journalists.

The attacks suffered by defenders and communities have resulted in damages to the physical, psychological, moral, and financial integrity of those who oppose the development of projects that affect the land and the environment. Such attacks seek to hinder the dissemination, promotion, and free exercise of the right to land and a healthy environment and other human rights.

IDEA has called on the Federal Attorney General’s Office to investigate these cases based on an analysis of the different contexts. It has also called on international agencies to review the role of the Mexican State in the manipulation of punitive power to intimidate defenders.

Read more about these criminalised indigenous communities in Mexico (in Spanish). 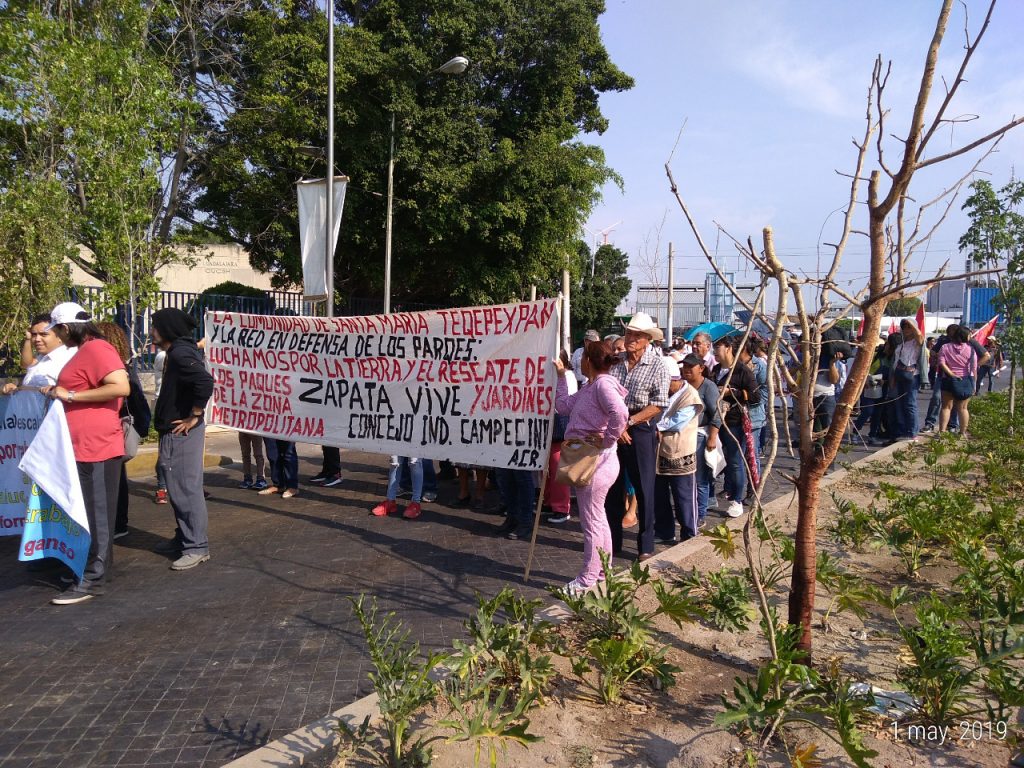