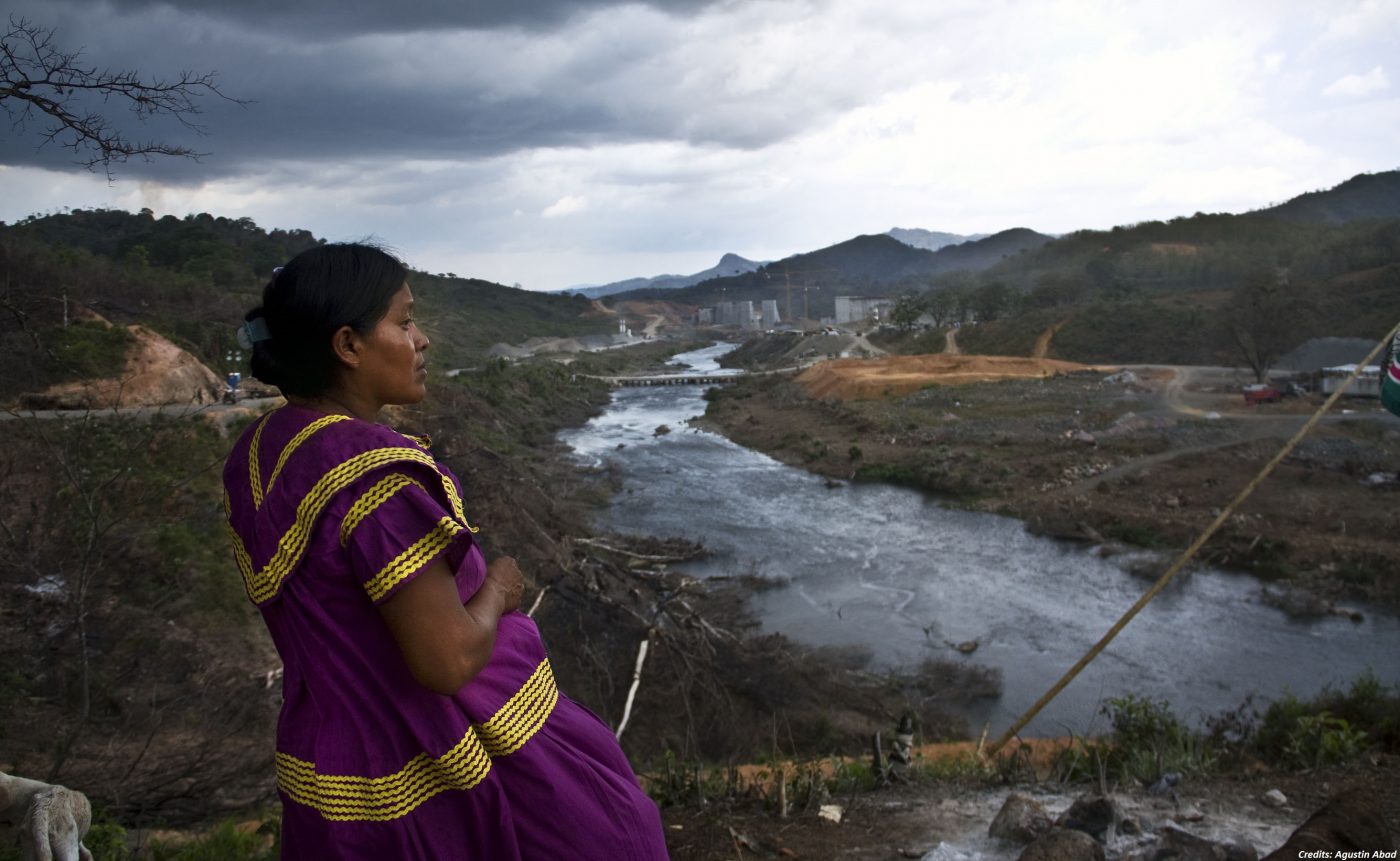 Indigenous lands in Panama under threat from hydroelectric dam

“We have been flooded. This is where my house is and it is full of water. If I die here with my children, I will die but I am not leaving here, ever. This is our collective land, our freedom – the Government promised that our land would not be flooded. We don’t have anywhere else to go, this is the land of my grandfather, great grandfather and great great grandfather. I will never leave here.”

These are the words of Luy Jiménez, an inhabitant of the Ngäbe Buglé indigenous community of Quebrada Caña, Panama, days after a hydro-electric dam project flooded his legally recognized ancestral lands.

A multi-million dollar project, approved by the UN Clean Development Mechanism, and funded by the German Investment Corporation (DEG), the Dutch Development Bank (FMO) and the Central American Bank for Economic Integration, the Barro Blanco dam is being constructed by Panamanian company GENISA on the Tabasará river, which is also home to Ngäbe Indigneous sacred sites and a key part of their livelihoods of fishing and small scale agriculture.

While the dams investors claim that the project brings benefits to the local communities, such as “employment, access roads, and funding to implement sustainable development programs and projects aimed to address community local needs”[1], the experience of Jiménez reveals otherwise. Most significantly, the affected communities were not adequately consulted regarding the project and have always opposed it, as it will flood at least 6 hectares of their ancestral lands, including houses, a school and sacred petroglyphs[2].

Watch the testimony of Victor, a resident of Kiad, one of the affected communities.

In a process that dates back to 2006, GENISA has been accused of non-compliance with national environmental impact assessment requirements, including shortcomings in the agreement with the locally affected Ngäbe Bugle indigenous communities. The UN Special Rapporteur for Indigenous Peoples James Anaya visited the affected area in 2013 and stated that the communities directly affected by the project had not given their free, prior and informed consent[3]. Two years later GENISA was fined by Panama’s Environment Ministry ANAM which stated, in its fining resolution, that Barro Blanco violates the Ngabes social and cultural rights[4].

That same year, the independent complaints mechanism of the dam’s investors concluded that DEG and FMO had failed their own due diligence tests: “Lenders should have sought greater clarity on whether there was consent to the project from the appropriate indigenous authorities prior to project approval.” Despite the fact that the dam was almost 95% complete at this stage – its finalization was suspended by the Government of Panama in February 2015 pending the outcome of a court case regarding the flawed environmental impact assessment process.

Two months later, partial reconstruction re-commenced although the actual filling of the reservoir was prohibited until a final agreement had been reached with the Ngäbe Buglé communities. Despite this from 24 May to 9 June 2016 in order to “test and ensure safety” the filling of parts of the reservoir started and reached community owned land. Faced with the outrage of both national and international civil society and indigenous organisations, the government officially suspended this process on the 29 June. According to the Minister of Foreign Affairs,they are currently analysing viable legal alternatives and until then the waters will be maintained at 87,5 meters above sea level (instead of 74m initially)[5]. Meanwhile, waters are forming a stagnant lake that is destroying the local ecosystems on which the Ngäbe Bugle depend for their livelihood. They are determined to continue resisting the dam and protecting this vital eco-system. They will not leave their ancestral lands.

For Gabriel Menguisama of the General Congress of Collective Embera and Wounaan Lands it is clear:”

“Respecting the land rights of Indigenous Peoples ensures the life of Mother Earth. If the government recognizes our rights to our lands, we can protect the lives of all beings: insects, birds, animals, humans.”