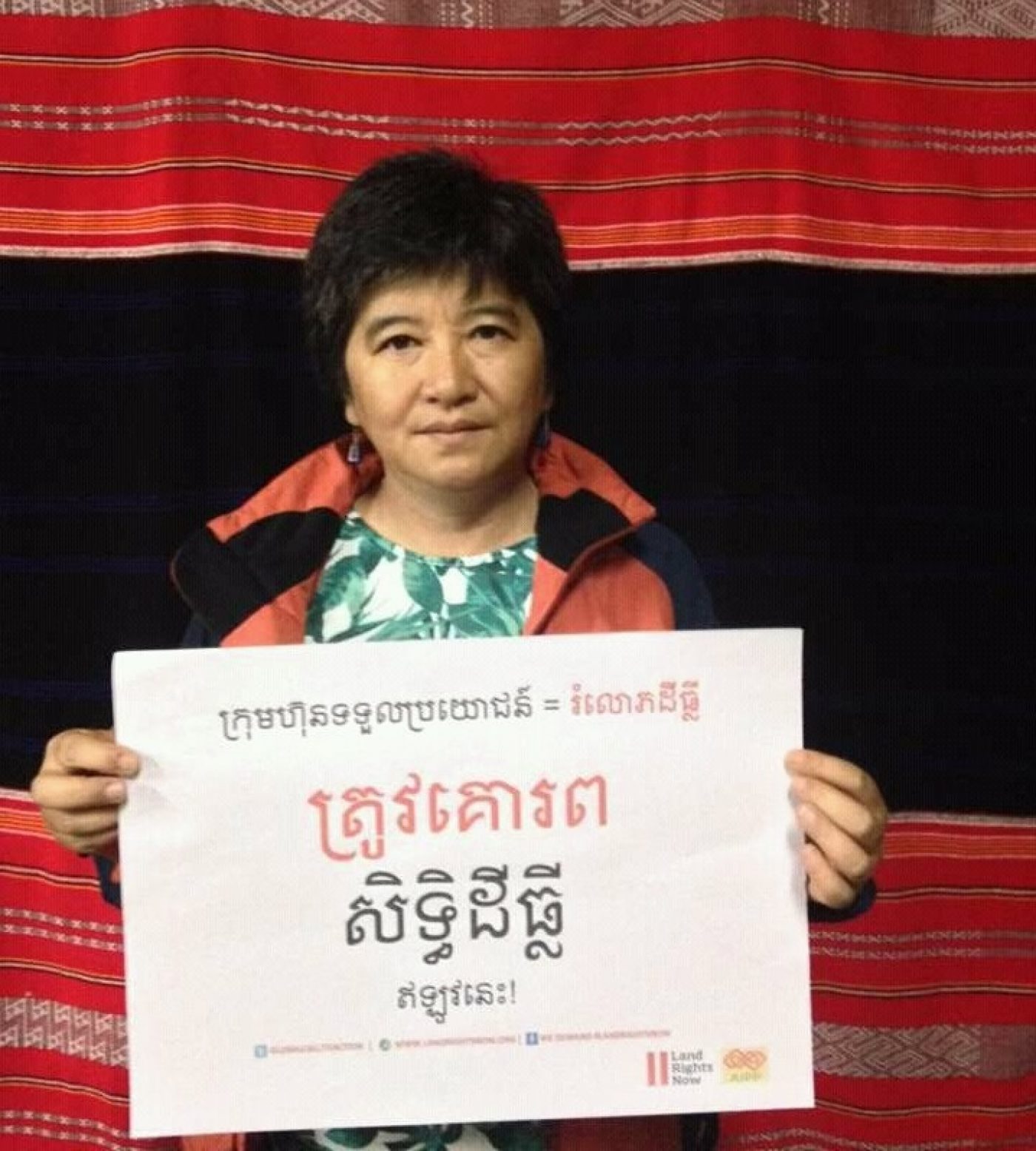 “Whatever happens to the land directly affects indigenous women in a profound manner. It is like taking the fish out of the water, when they experience loss of land.”

Joan Carling is an indigenous activist from the Cordillera, Philippines and former Secretary-General of the Asia Indigenous Peoples Pact (AIPP). In this interview, she discusses the crucial role of indigenous women in the struggle for land rights and the impacts of land rights violations on women. As part of the 16 Days of Activism Against Gender Based Violence, we are highlighting the work of women land rights defenders and the ways in which land rights are key for eradicating violence against women.

How long have you been working on land rights issues for your people?

I have been working on land rights issues for more than 20 years.It was the strong commitment, solidarity and collective actions of the tribal peoples in the Cordillera, Philippines in defending their ancestral land against the construction of the Chico Dams in the 70s that inspired me to work on indigenous rights and human rights. While I was a college student in the 80s, I stayed in the communities of the Kalinga tribes for three months and witnessed how they nurtured their lands and resources as integral to their identity and ways of life.That was the turning point in my life when I decided to work on indigenous rights and human rights.I spent the next three years in the tribal villages working with tribal leaders in addressing the issues of militarization, human rights violations and strengthening their organisations and networks for campaigns and advocacy on human rights including indigenous peoples rights.

What are the threats to land rights in terms of ownership and control by indigenous peoples in Asia?

Eight years of working with the Asia Indigenous Peoples Pact have given me the opportunity to visit many indigenous peoples across the region to work with them in advancing the rights of indigenous peoples. I’ve seen the massive oil palm plantations in indigenous territories in Indonesia and Malaysia and the clearing of forests for agribusiness in Cambodia. I have visited communities in the Himalayas in Nepal who are resisting dams in their area and I have been welcomed by adivasi communities in India who are resisting bauxite mining in Chattisgarh, among others. These struggles on the ground demonstrate the lack of legal recognition and protection of the lands and resources of indigenous peoples. Many governments across Asia continue to deny and blatantly violate the land rights of indigenous peoples, often in partnership with foreign investors and business companies.

Another threat is the designation or declaration of some territories of indigenous peoples as national parks and protected areas which leads to either eviction of the indigenous owners and managers of these lands or rigid restriction of their activities in these classified areas. This is not just another form of land grabbing but also an outright disregard for the indigenous peoples’ sustainable management of their lands and resources and even worse is when they are considered “enemies of conservation”. Evidenced-based studies have demonstrated that the lands and resources managed by indigenous peoples are better conserved than those under park authorities and even big conservation organisations.

What are the impacts of the land rights violations to women?

It is the indigenous women who are spending much time in managing the lands and resources of indigenous peoples not only for livelihood activities, but also for cultural and spiritual practices. They have deep connections to, and intricate knowledge of nature and what elements can be used as food, medicines, for rituals, among others. They know the right time to prepare the land for planting, to sow different seeds in the swidden farm, when and what rituals are needed to be done to give thanks to the spirits and ancestors, among others.

Thus, whatever happens to the land directly affects indigenous women in a profound manner. It is like taking the fish out of the water, when they experience loss of land. Further, indigenous women have increased vulnerabilities to different forms of violence when they are evicted from their lands as they cope and find means to survive and feed their families. There are many cases of sexual abuse, including rape, when women go to “restricted” areas of the forest to gather food items, or when they go to town centers to look for jobs. Likewise, it will also be difficult for them to transfer their skills and teach their children their profound knowledge of nature if they are no longer in their territory.

How are you working to ensure that women have a say in the struggle for land rights?

Indigenous women are at the frontline of the grassroots movement for land rights as this is a matter of life and death for them. However, at the higher and broader levels, indigenous women are facing many challenges such as language barrier as well as the dominant patriarchal culture of male dominance. It is thus important and critical to provide the needed support for indigenous women’s participation in national, regional and global campaigns and advocacy, while also addressing the discrimination of women.This means we need to reach out to men for them to understand, acknowledge and act on the existing discrimination and patriarchal system and culture, and work with women in developing an enabling environment for indigenous women to participate equally and have their specific rights recognised and protected. In the context of the struggle for land rights, indigenous women need to be provided the support and the space to take leading roles and to amplify their voices.

Do you have any recommendations for people working in the wider land rights movement? Any messages?