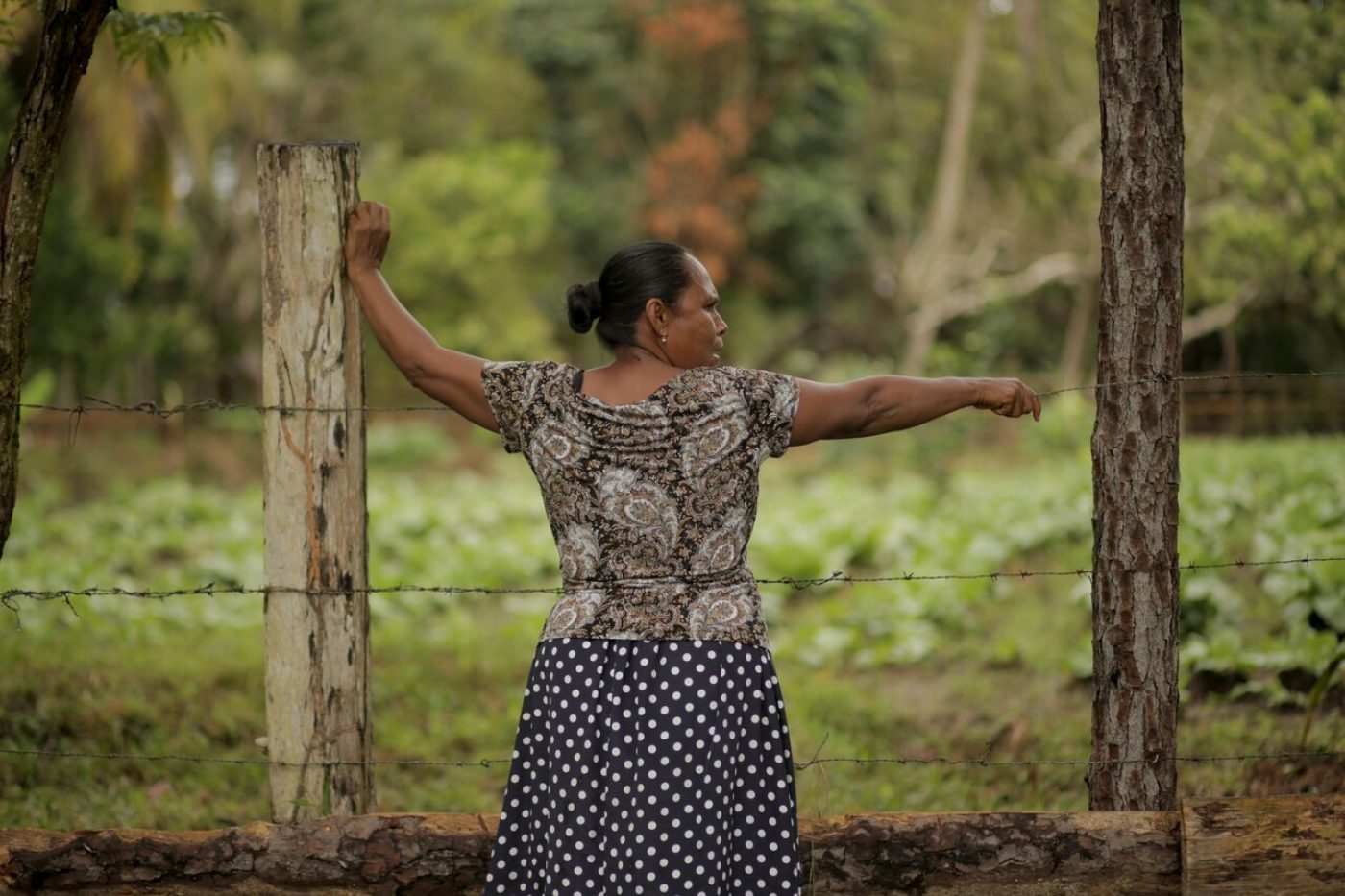 Around the world, thousands of organizations take action for 16 days between 25 November and 10 December to put a spotlight on gender based violence. This international campaign aims to mobilize governments and civil society to take action to end violence against women and girls.

Land Rights Now joins the 16 Days of Activism to raise awareness of the link between land rights and gender based violence. Studies found that women who own land in rural communities in India and Nicaragua were far less likely to suffer from domestic abuse. Furthermore, the identities of indigenous and rural women are very linked to land, making the lack of access a particular form of violence against them. It is also for this reason that a large number of land rights defenders are women often working under threat, prepared to risk their lives to defend land and environmental rights. Despite this land rights are often absent from the debate on gender based violence.

Throughout the 16 Days of Activism indigenous women and women from rural communities are sharing video testimonies to explain how insecure rights to land and resources makes them more vulnerable to violence. Watch what they had to say:

Betty Belen from Lubuagan, Kalinga, Cordillera Region in the Philippines is part of the Indigenous Peoples movement fighting against the geo-thermal project of Chevron. She shares her story:

“Women primarily get the triple burden when companies like these enter. We get abused and sexually harassed when there are military operation… we lose our livelihood. What kind of future do we have with that?”

In this video Carol González of OPIAC in Colombia speaks on the importance of strengthening the leadership of indigenous women to combat violence:

“We should identify strong women leaders in the territories because they are the ones suffering violence in their communities. It is important to do continuous work over months to strengthen and empower them.”‘

These 16 Days, demand Land Rights Now to end gender-based violence! Using the hashtags #LandRightsNow and #16Days, join us on Facebookand Twitter and stand with indigenous and rural women from all around the world.