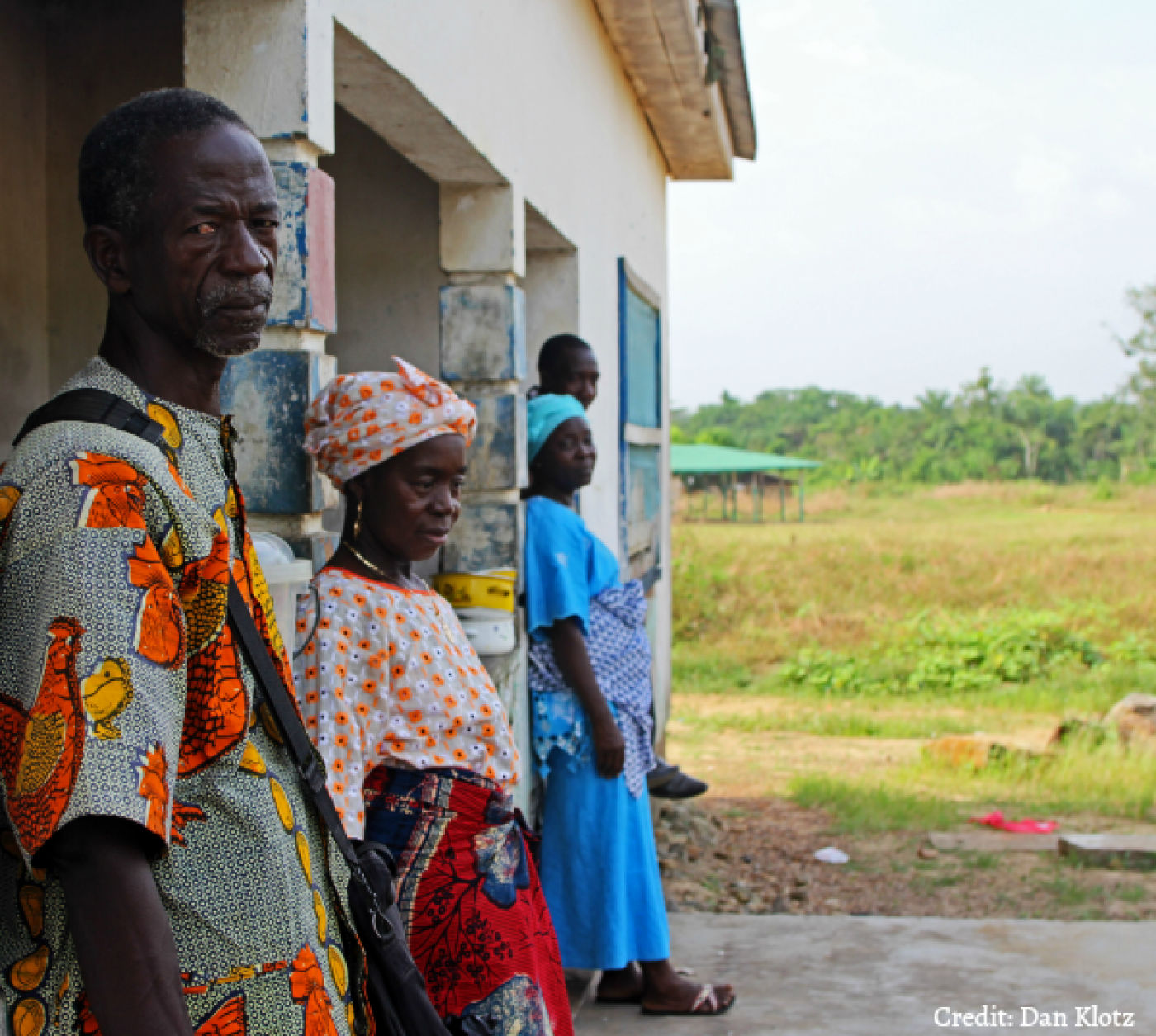 Held captive for two years in a legislature now in crisis over accusations of corruption, Land Rights Act to secure local peoples’ rights to their forests had offered hope to entire region

Eighteen influential Liberian civil society organizations warned that efforts to forge a lasting peace are in jeopardy, threatened by the failure of Liberia’s legislature to pass a long-promised law recognizing the rights of rural communities to their customary lands.

Noting the role of insecure land rights in fueling the violence that plagues Liberia and other West African countries, the CSO Working Group on Land Rights* in Liberia released a statement urging the Legislature to pass the version of the Land Rights Act that was delivered to the Legislature in 2014.

“Failure to recognize the rights of millions of Liberians to their customary lands jeopardizes peace and security, and could fuel a slide back into the conflicts that devastated our country for decades,” the statement reads. “If the Legislature does not pass the 2014 version of the Land Rights Act before its recess in August, it will likely be delayed until after the elections; a new government takes office in 2018, leaving the legislation in limbo indefinitely.”

But of even greater concern to the Group is the need to ensure the right version of the Act moves forward in the legislature, according to the statement. Developed in consultation with local communities and civil society, the 2014 version of the Land Rights Act has been locked up for two years in a legislative body that is now plagued by accusations of scandal and bribery.

The Act has not been made public since it was submitted to the Legislature in 2014, leading to fears it has been stripped of its key provisions behind closed doors, thus destroying hopes for a long-sought solution aimed at ensuring a peaceful future for Liberia.

“Liberia has been hailed as West Africa’s leader in land rights, but time is running out for the legislature to take this crucial step and make good on years of promises to the Liberian people. I fear that if the Act fails to pass, or passes without the key principles safeguarding the rights of communities, the country will slide backwards,” said Solange Bandiaky-Badji, Director for Africa at the Rights and Resources Initiative. “There is so much hope in Liberia right now, but if its leaders try to fuel development by selling off community lands to the highest bidder, the price will once again be instability and conflict.”

Most Liberians do not have legal rights to their own homes and farms. Over the last decades, the government has granted logging, mining, and agriculture concessions over around 40 percent of the country, ignoring the communities who often live in these territories. An analysis by TMP Systems for the Rights and Resources Initiative found that of 237 mining and agriculture concessions in Liberia, covering almost 40,000 square kilometers, all had established communities living in them.

“Land-grabs in Liberia have effectively turned citizens into refugees in their own country,” said Ali Kaba of the Sustainable Development Institute. “We cannot continue on in a state where people’s homes and farms can be sold out from under them without their knowledge or consent, and where those who resist face violence.”

The connection between conflict and insecure land rights is visible across West Africa. In 10 of the 12 fragile states examined by the Rights and Resources Initiative, 99.9 percent of the land was owned by either the government or the private sector. Another study found that conflict over customary land rights contributed to all but three of the 30 plus armed conflicts in Africa between 1990 and 2009.

Disputes over land and natural resources related to customary ownership were among the structural causes of the prolonged civil war in Liberia that resulted in the deaths of hundreds of thousands. With the 2008 Land Commission Act, Liberia’s government recognized that “all the issues surrounding land in Liberia have to be resolved in order to maintain perpetual peace and stability and to sustain the hard earned peace after so many years of Civil Conflict.” This is a notion often echoed by President Ellen Johnson Sirleaf.

However, reports of corruption and a lack of transparency undermine confidence in Liberia’s government. The indictments of key players in the Legislature, coupled with the fact that Liberian lawmakers and members of the executive branch have negotiated and altered the Land Rights Act behind closed doors, feeds uncertainty that the 2014 version of the Act has survived intact.

The 2014 draft was submitted to the Legislature of Liberia to international acclaim. The Act would recognize the rights of millions of Liberians to their customary lands, and could be a model for countries across the region, which are engaged in their own land reform processes.

Some experts estimate that 71 percent of Liberia’s land is held under customary tenure. They argue that recognizing customary rights would therefore benefit the majority of the population, while helping to prevent land-grabs, boost incomes, decrease hunger, and contribute to sustainable development and climate change mitigation.

In their statement, the Liberian civil society leaders note that advancing the 2014 Land Rights Act would cement the legacy of President Ellen Johnson Sirleaf, who has publically supported the Land Rights Act, but has yet to succeed in pushing it through Congress.

“Insecure land rights have driven conflict and war across the region,” said James Yarsiah of the Rights and Rice Foundation. “Liberia is the first country to put forth a viable solution. In 2014, I was proud of the progress we had made. Now I am scared that this progress may be lost for good. It is up to our legislature to follow through on that solution, or force the country’s citizenry to face years of uncertainty and violence.”