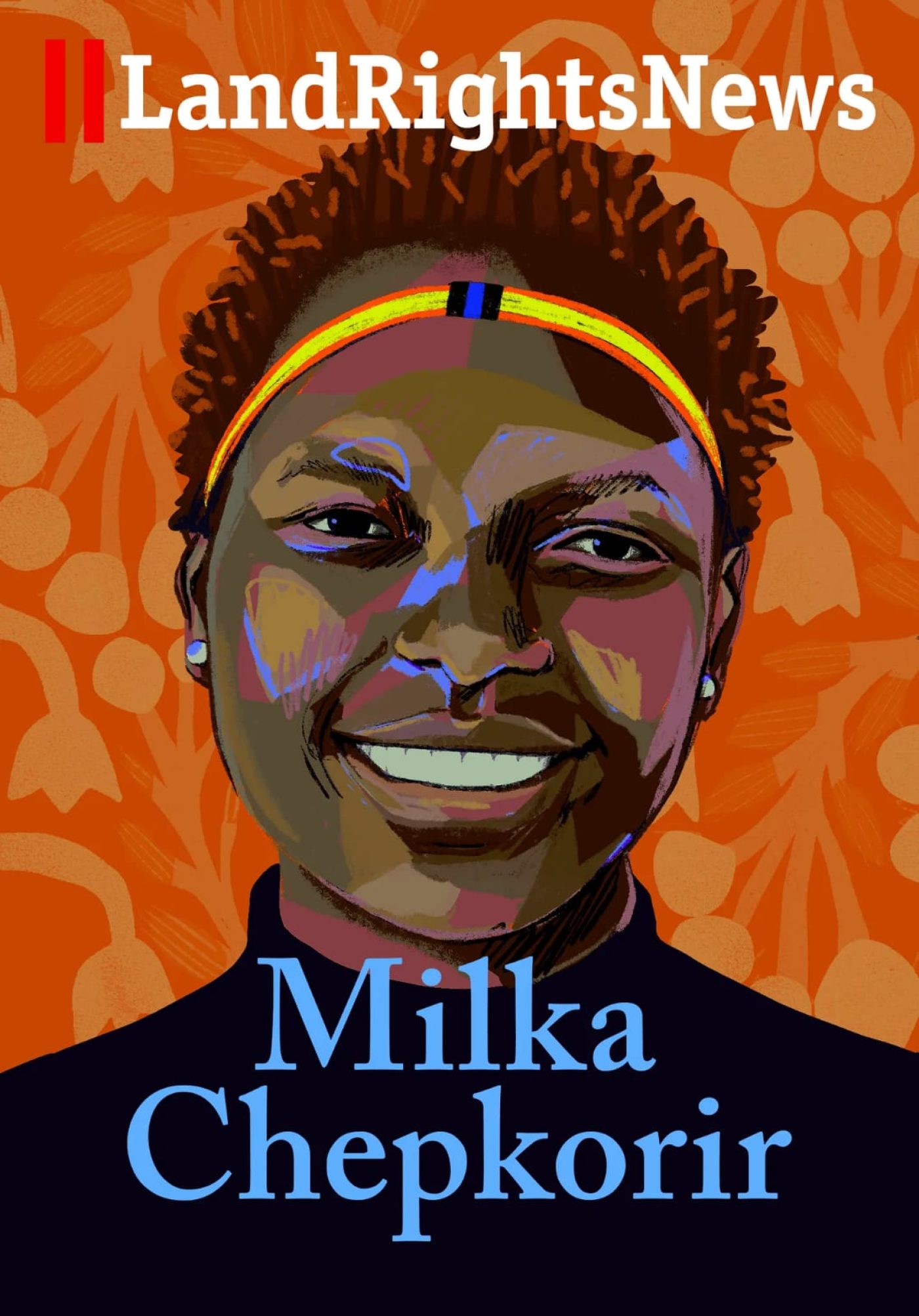 Milka Chepkorir is attending COP15 with a singular goal: to advocate for an approach to conservation which centers the rights and knowledge of Indigenous Peoples. Milka comes from the Sengwer Indigenous community of Cherang’any Hills, Kenya, who have safeguarded biodiversity in their forests for centuries. In recent years the community has faced evictions from their lands in the Embobut forest by the government of Kenya through the mobilization of conservation discourses. The violent processes of dispossession are in direct violation of the Kenyan Constitution, and infringe upon the rights of the Sengwer as outlined in the Declaration on the Rights of Indigenous Peoples. Nonetheless, the plight of the Sengwer represents a globally dominant approach to conservation, underwritten by corporate and neoliberal interests. Indigenous leaders, including Milka, are fighting to replace this widespread cultural framework with a recognition of the leading role Indigenous Peoples play in preserving biodiversity and sustainable land use.

“There is every reason biodiversity is protected on our lands,” Milka declares. “We [Indigenous Peoples] are not industrialists. So let others learn from us, for we are still connected to the lands. . . we don’t see resources in terms of money, which is why biodiversity is best conserved on our lands.”

The battle for governmental recognition of Indigenous conservation has been hard-fought for Indigenous land defenders. Milka notes that many governments are reluctant to give up the financial incentives provided by state-led conservation initiatives, including eco-tourism and trophy hunting.

“Who’s conservation agenda is this?” she asks. “Not conservation for Indigenous Peoples. We fear that it is a strategy to make sure Indigenous Peoples will be pushed off their lands.” The approach has repercussions which extend beyond ecological threats in the absence of Indigenous stewards. In Kenya, Milka has seen the contagion effect which results in the aftermath of state-led “conservation” initiatives.

“If tenure rights are taken away for tourism, then the State gets money out of the tourism revenue from my lands as an Indigenous person. . . This deprives communities of their economic livelihoods, they cannot graze their livestock anymore. . . they cannot educate their children. . . they have to pay fines for grazing on their own lands! Their state of poverty becomes manufactured by states through the fortress conservation paradigm.”

Despite the challenges, Milka and other Indigenous leaders remain hopeful that COP15 and the Global Biodiversity Framework will secure Indigenous land rights and make visible Indigenous conservation strategies. A key element of Indigenous demands at the COP is the inclusion of Indigenous land rights in draft target 3, which calls for the conservation of 30% of the earth’s land and seas. Without the explicit protection of Indigenous rights, many Indigenous Peoples fear that their communities will be displaced by governments seeking compliance with the CBD pact. Indigenous leaders are also advocating for the requirement of free prior and informed consent, the recognition of and respect for traditional knowledge, and financing mechanisms for biodiversity conservation in Indigenous Peoples and local communities’ areas. Milka also reflects upon the central importance of the COP as a space of collective action. “The COP lets us say, this was agreed, and this is what you are accountable for,” she says, looking ahead towards her advocacy work in Kenya after the conference. “There is hope, because we are doing a lot of advocacy within ourselves as Indigenous peoples. But first, let just get the text right in the Global Biodiversity Framework out of COP 15”