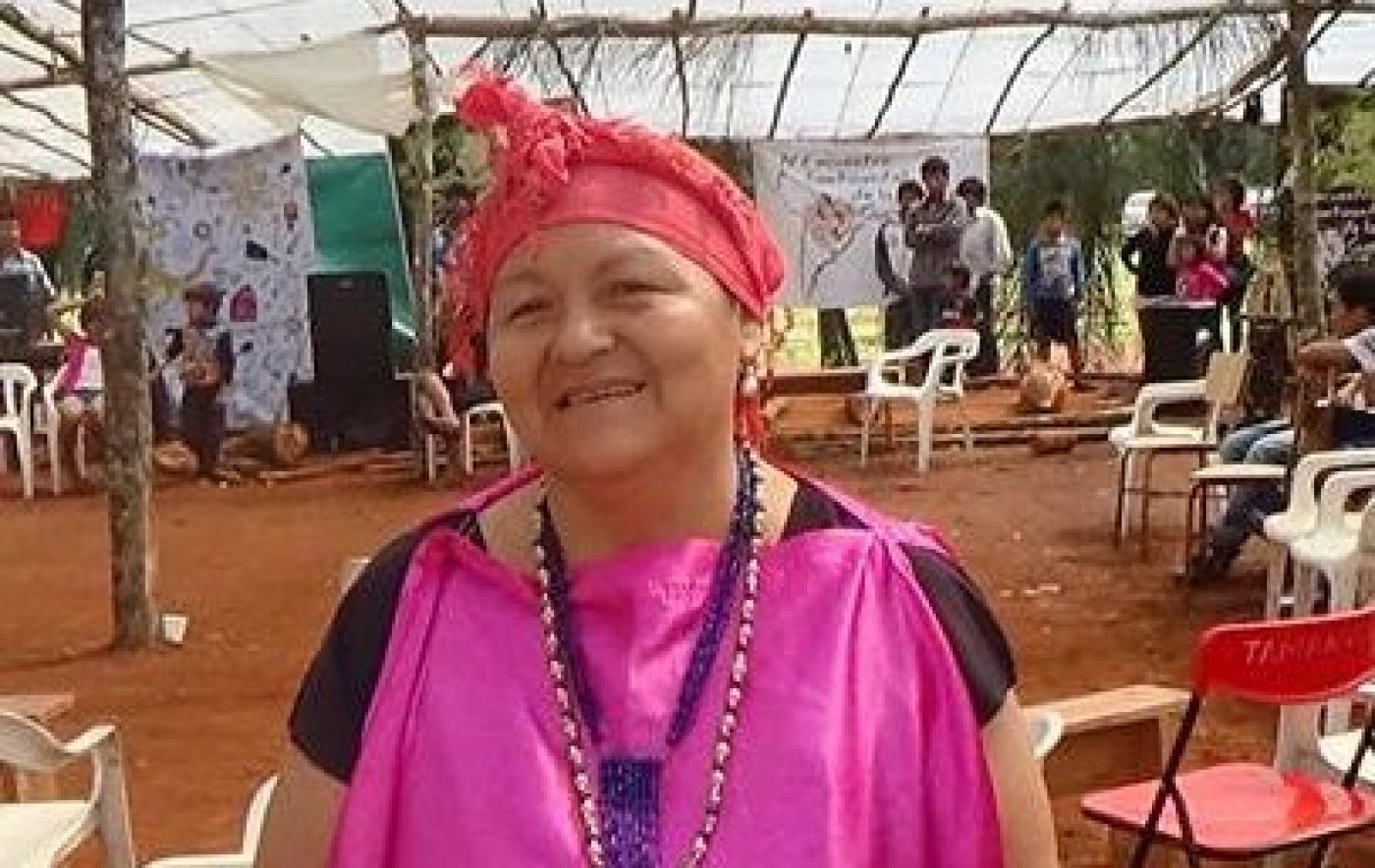 “I didn’t think things would be difficult, it was clear in conversations with members of the community that we had to go to La Loma and recover our land, we had to go back to the place that belongs to us. I didn’t think anyone would do anything to us knowing that it’s our place. But I was very wrong. But at the same time, this gave me the strength to continue fighting, because we know the land is ours, that belongs to us.”

For 13 years Mónica Romero, ‘mburubicha’ (Maximum Authority) of the Guaraní Indigenous Community El Tabacal, along with her daughter Chilli and other Guarani women has been at the forefront of a struggle to recover land in Salta Province, Northern Argentina. As part of the 16 Days of Activism Against Gender Based Violence, we are highlighting the work of women land rights defenders like Mónica, and the ways in which land rights are key for eradicating violence against women.

Mónica’s community was violently evicted from their land by San Martín del Tabacal SRL Engineering and Refinery, which belongs to a North American multinational company. Following their first eviction in 2001, the community established a formal organization to fight to gain legal recognition to 5000 hectares of their ancestral land. Mónica was chosen as cacique (leader) of the organization, supported by the rest of the women and, to this day, the directive committee is formed largely of women.

Monica says that at first she was afraid but she also recognizes herself as a hard working woman and the struggle she has faced has strengthened her personally, and within her community. In 2002, her organization obtained legal status and the following year tried to take possession of their land. But things turned violent -firing shots in the air, a group of hooded men surrounded the community and arrested 22 people bringing them to the nearby city of Oran. Other community members were injured during the incident.

Since then, the community have been forbidden from entering their ancestral lands, although they continue to seek different ways to go in. For them, access to their land and its natural resources is essential. Indigenous communities have always used this land to produce food, plant and grow, produce coal, and collect herbs and plants essential for their traditional medicine. There is also an Indigenous cemetery on it.

The company responsible for the eviction, as part of its maneuvers and strategies, hires men from the community, in addition to other actions, such as holding parties and offering business and credit. For this reason, it is women who have been the first to organize, go out into the streets, to seek others in their community, and start the fight.

Legal action:They have brought their case to the judicial system with support from different lawyers (in the process many of them were threatened and abandoned the case), and managed to obtain an interim injunction.

Participation and Mobilization: They have also mobilized on a regular basis, including travelling 1000 km to the capital Buenos Aires – part of the way on foot – to request an interview with the Office of the Ombudsman, who after a process of investigation recognized their land as Indigenous Territories.

International advocacy: Monica’s daughter Chili participated in 9th Session of the Expert Mechanism on the Rights of Indigenous Peoples, where she shared the situation of her community as well as those of 20 other indigenous peoples who suffered similar violent evictions. She mentioned that in many cases, it is the State that takes over and evicts the communities while also selling fiscal lands and evicting communities using military and police forces. Chili requested the UN to establish a dialogue between the state, indigenous peoples and the business sector to advance in true and lasting resolutions.

Women organizing together: Mónica and her companions belong to the Chaco Americano Women’s Collective, and along with the women of their community they are part of a Program of Environmental Rights Defenders which aims to strengthen organizations so that the community can develop strategies for the recovery of their territories and realization of their right to live permanently in them as indigenous people maintaining their culture alive.

Productive projects: Despite their complicated situation, the community continues to develop small projects such as fruit and honey production, and making liqueurs to sell.

Mónica and Chili emphasize the responsibility of the provincial and national state who have never responded to the community’s request. However, with the support of the Buenos Aires Bar Association, they have managed to obtain the precautionary measure by which the judge has ordered the company to refrain from carrying out operations or deforesting land in areas where there are tombs. Unfortunately, the company has not been complying – they have installed a quarry to extract land, gravel, install pipes, make a motorway.

“It has been 7 years since this disaster and violation of our territory. We made claims but they haven’t advanced because the lawyers abandoned the case for fear of the company. And this way the community finds itself urbanized in a small piece of land. The company has spread a lot; it has its own electric power plant, fuel bioethanol, aerial fumigation, producing diseases like cancer, hanta virus, rats accumulation, flies, etc. Today we only await the trial and compliance with the current precautionary measure. “

Monica’s dream is to recover their lands, for the community, her sons and daughters and future generations. She is also calling for those responsible for the violent eviction to be brought to justice.“’I am not longer afraid and will continue fighting for our ancestral rights.’’ she says.