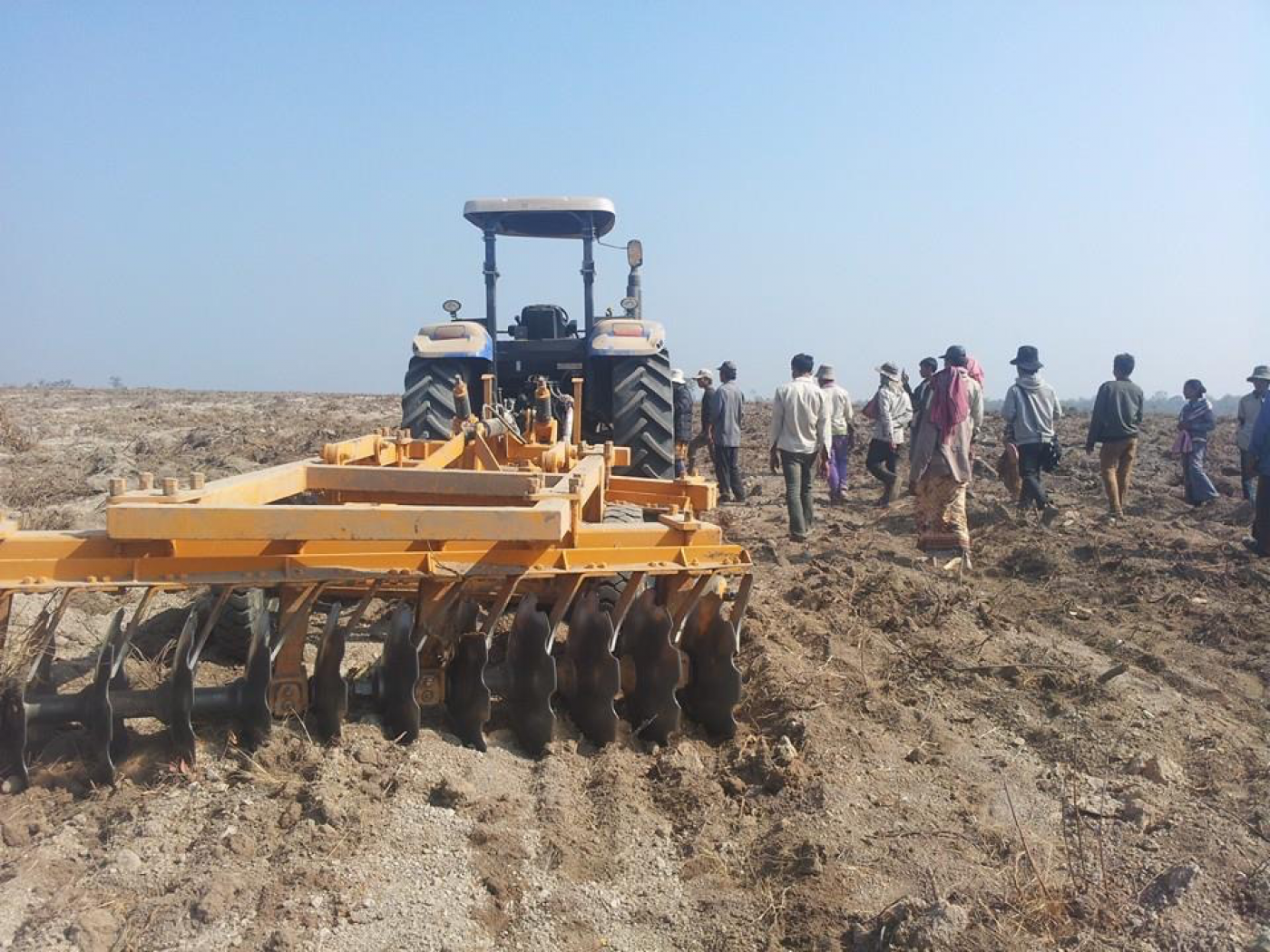 Tens of thousands of Indigenous people have been affected by land grabs in the Cambodian province of Preah Vihear – families have lost the means to produce food and earn a living and can no longer access cultural heritage sites according to a new report Cambodia: Communities in Protracted Struggle against Chinese Sugar Companies’ Land Grab.

What were once rice fields, forests, pasture lands and ancient temples – today are nothing but endless sugar cane fields. Over the past six years, according to the report, Chinese sugarcane companies have been violating the fundamental rights of communities and destroying livelihoods and ecosystems. These Chinese-owned companies were granted economic land concessions (ELCs) by the Cambodian Government to stimulate development and increase profits from agriculture. However, according to Ang Cheatlom of the organization Ponlok Khmer, which promotes the empowerment of highlander Indigenous communities and contributed to this report, ELCs have had devastating consequences not only for communities but also for the environment.

“Instead of stimulating development, ELCs disrupt local and indigenous livelihoods. They destroy biodiversity and natural ecosystems; they hinder priceless culture, harmonisation and solidarity among the local and indigenous people. It is painfully evident to me that sustainable development supposedly brought by ELCs is nothing more than rhetoric”, he says.

Over the years, affected communities in Preah Vihear have engaged in sustained resistance to the destruction of their livelihoods and culture, and exposed land grabs for what they really are: violent, devastating, and unlawful. They have called for the concessions to be cancelled and the land returned to them. So far, they have managed to slow but not stop the onslaught from the concessions. But their resistance continues.

“It is high time that the Cambodian government addresses the demands of the communities, including with respect to the United Nations Declaration on the Rights of Indigenous Peoples. The Chinese government and the companies and their investors should also take the necessary steps to protect the rights of and provide remedy to the communities as the ELCs infringe their responsibilities to respect human rights as per the United Nations Guiding Principles on Business and Human Rights,” said Gam A. Shimray, Secretary General of AIPP and a member of the Steering Group of the Global Call to Action on Indigneous and Community Land Rights.