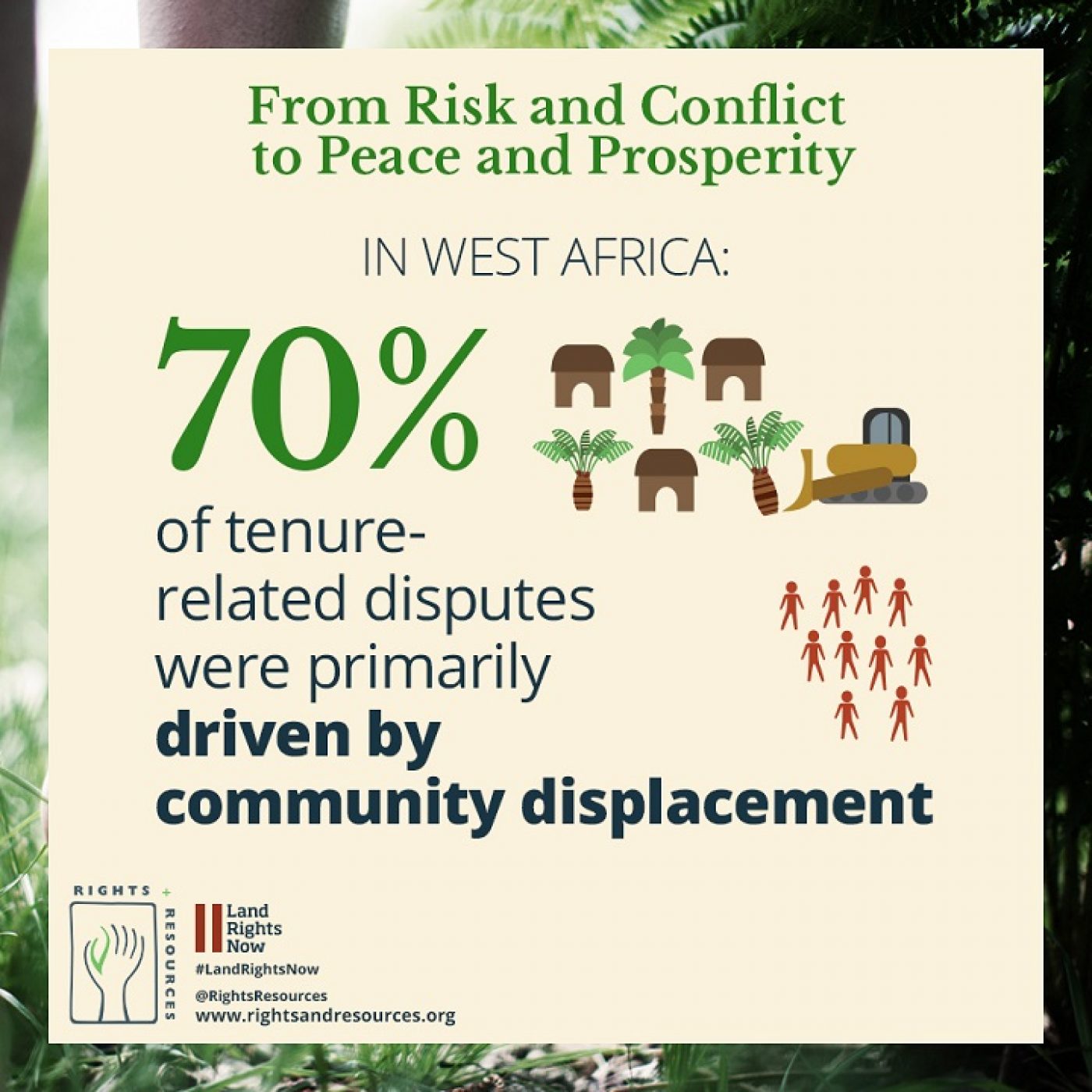 New report: The urgency of securing community land rights in a turbulent world

Amid last year’s political shocks and challenges to the primacy of human rights, a new analysis from the Rights and Resources Initiative (RRI)highlights one consistent and inspiring global trend: the growing recognition that the land rights of Indigenous Peoples and local communities are key to ensuring peace and prosperity.

Despite facing many threats, communities achieved important breakthroughs on the ground in 2016. Efforts in Cameroon, Indonesia, Liberia, Mali, Peru, and Panama alone secured community rights to more than 300,000 hectares of land with support from the Tenure Facility.

RRI’s annual review of the global state of land and resource rights was released at a panel event in Dakar, Senegal, alongside new research by TMP Systems and RRI that identified displacement of local peoples as the most significant driver of investment disputes in Africa. The suite of reports found that areas targeted for development in Africa are more heavily populated than similar developments elsewhere in the world, contradicting the prevalent belief among investors that the continent has wide tracts of available land.

2016 also saw a critical mass of influential investors and companies recognise the market rationale for respecting community land rights. Some development finance institutions (DFIs) moved to share best practices and support valuable research on addressing tenure; they are increasingly aware that tenure risk poses a threat to both their profits and their goals of promoting social progress in countries where they invest. At the same time, it is obvious that many of the companies that pledged to prevent deforestation and respect human rights are far from implementing these commitments, and much more effort will be required to improve long-standing business models.

Last year, communities and companies began to leverage a new suite of tools and resources—including the Land Rights Now Initiative—to transition from “commitment” to “action.” Looking forward in a political world that is likely to remain turbulent, there are very real opportunities to capitalize on these tools to secure millions of hectares of community forests, and to support investment and business models that respect local land rights.

Priorities for progress in 2017 include: