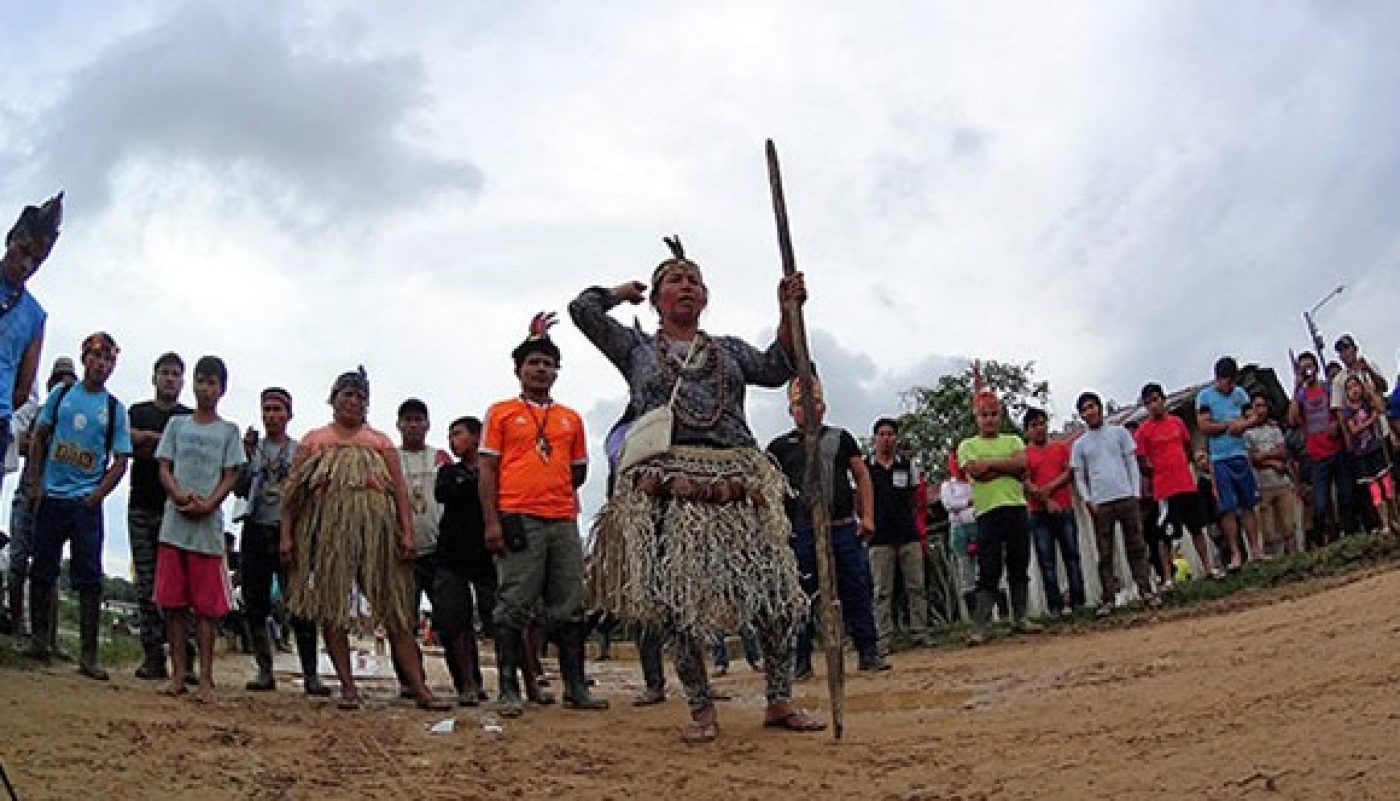 No Petrol without Consultation: Indigenous communities in Peru stage protests

Indigenous communities in Lote 192 in the Peruvian Amazon have begun a series of direct action protests after the Government refused to recognize their right to be consulted regarding the use of their ancestral lands.

The communities had set an ultimatum of 11 September to have their Right to Free, Prior and Informed Consent respected. The Government responded by sending an e-mail declaring their claim to be unfounded.

If the Peruvian Government has its way, it will lease Lote 192 to oil company Petroperu for 30 years without any form of consultation with the Indigenous communities that live there. The families that live in Lote 192 are apprehensive of this for good reason: they are currently dealing with 45 years of contamination by Petroplus, another company, which left the area with over 2000 contaminated sites.

Lote 192 refuse to allow these environmental atrocities to be repeated and are demanding open dialogue “without any lies or strings attached, in a terms of mutual respect and in good faith”. They argue that there “can be no petrol without consultation”. The United Nations agree with them, with the Special Rapporteur for Hazardous Waste management strongly recommending that all negotiations are suspended immediately.

In the first in a series of planned events, the communities seized the petroleum production on Cuenca Corrientes on September 18th. Protests continued over the week, with 200 members of Lote 192 and allies  meeting in front of the Petroperu office  in Lima and the peaceful occupation of an aerodrome installation in Nuevas Andoas.

Stand in solidarity with the Quechuas, Achuares and Kichwas as they defend their lands. What you can do:

– Write to the Peruvian President Pedro Pablo Kuczynski on Twitter now and tell him that the world cares. Tell him you will not tolerate indifference any longer: Indigenous People’s rights before profits! No #PriorConsent=No new oil contracts. @ppkamigo #Lote192 #LandRightsNow: http://tinyurl.com/y74mk99o

– Spread the word on Facebook by sharing one of these graphics

Our Home Our Decision: Free, Prior and Informed Consent is a Human Right