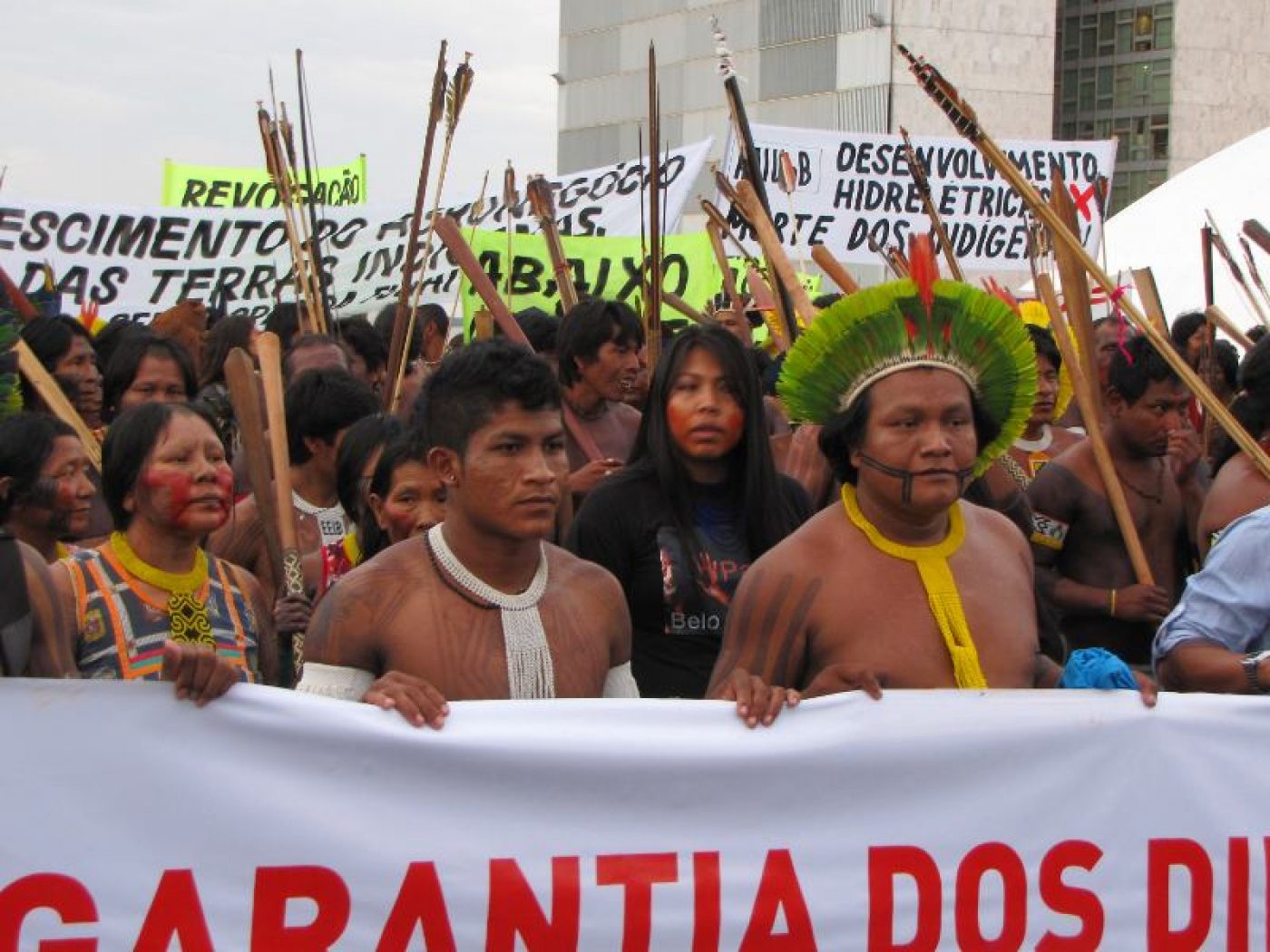 With rights under attack, Indigenous Peoples in Brazil renew struggle to protect the Amazon

Brazil’s indigenous community forests – 98% of which are in the Amazon – have been shown to store 36% more carbon per hectare that other forests.[1]

But not everyone sees the long-term value of indigenous managed forests in Brazil. In 2016, 54 land rights defenders were killed in Brazil, the highest since 2003. Deforestation rates in 2016 were up 29 percent. Moreover, the administration of President Michel Temer is pushing to roll back indigenous rights and environmental protections in order to open the Amazon rainforest to corporate interest, from large-scale hydroelectric dams and waterways, to massive agribusiness projects. Justice Minister Osmer Serraglio is one of the leading proponent of this rights rollback and the original sponsor of a proposal to amend the constitution to severely limit indigenous land titles, past and future.

However, Amazonian indigenous communities like the Munduruku people refuse to give up. If anything, they’ve renewed their work to protect their territories and, by extension, the planet.

Brazil’s Munduruku people, have waged a prolonged struggle against the hydroelectric dam-driven destruction of their rainforest homes, using both legal means and non-violent direct action.

“The government sends the national force, the army, the federal police here as if we were criminals instead of sending them to where the crimes actually happen. “The government keeps trying to intimidate us, but we will never lower our heads,’’says Antonio Dace Munduruku

The Munduruku’s fight to demarcate and protect their ancestral lands has taken them from the halls of power to the streets of Brasília. In August 2016 they won a historic victory in recognition of their land claims that spared the Tapajós River and its vast forests when Brazil’s environmental agency, IBAMA, canceled plans for the São Luiz do Tapajós mega-dam. But this victory could be short-lived, given today’s political climate in Brazil, which is driven by animosity toward indigenous peoples and the coveting of their preserved rainforest territories.

Starting on Earth Day 22 April 2017, for one week participants in Land Rights Now are mobilizing across four continents with one message to governments: Secure land rights for Indigenous People and Local Communities to protect the earth and fight climate change. In Brazil, in coordination with the annual Terra Livre indigenous rights mobilisation, thousands of Indigenous Peoples and community leaders from across the country will hold events in Brasília from April 24-28 to raise awareness of their critical role in climate change prevention and biodiversity protection, and the threat posed by the government’s infrastructure projects and rollback of rights. Signatures from the petition will be delivered to the government during the week.