Be a Protector, Stand with Gara

First there were rumours and then a radio announcement. “I didn’t believe it. I didn’t believe these people would do that”, says Gara Jovanović on learning that the mountain that has been her home for 60 years, where she raised six children with her husband Marjan, where her cattle graze freely and produce the best milk and cheese of all of Montenegro was to be turned into a place to test military weapons.

There were no public hearings, no consultations, no visits from government authorities. The mountain grassland mountain has been managed collectively by local communities for centuries, they have conserved its unique bio-diversity making it home to not one but two UNESCO heritage sites. But the Government did not think to share its plans with them. In June 2017 Montenegro joined NATO and one year later announced, through the media, its plans for a military training ground.

“Sinjajevina gave me everything I have today,” says Gara while also emphasizing how much it has to give to the rest of the country. “Here we can produce  milk and cheese for the whole of Montenegro but no one has ever invested in it. Montenegro used to export meat – and today we import meat that is not good. Anyone who has eaten meat from Sinjajevina knows what good meat is.”

Gara cannot imagine living anywhere else, let alone imagine soldiers, tanks and fighter jets racing across the peaceful pastures. For awhile she did live in the city with Marjan and they both worked there – but it was not home.  They bought two cows and returned to Sinjajevina where they have lived ever since. Today they have 20 cows and are satisfied with their life.  Five of their six children have graduated from college.

And it is not only family, but community too. The highland pastoral settlements known as “katuns” belong to eight major tribal groups. Each group has a system of managing the pastureland ensuring its sustainable use. There are unwritten rules that everyone knows and follows – which pastureland can be accessed when, designated places for cattle to drink water, ensuring there is clean water for domestic consumption and knowing where a hut or a house can be built. Their pastoral way of life causes no net emissions while carbon storage in the soil in turn mitigates emissions. In other words, protecting these locally managed ecosystems is also key in the fight against climate change.

To protect this place and its water, it is these unwritten rules that people follow. They did not conserve it for the government to then come and build military training grounds or shooting ranges there. They protect it to pass on to their grandchildren.

Since learning of the Government plans – and in fact witnessing directly military training activities during an international NATO military training event in September 2019 – the communities have come together to resist.

“We have always been together, helping each other in good times and bad. We need to unite to ensure that the military training ground will be not built on this mountain.  The world does not have another mountain like this one.”

Gara is one of the key community members leading the resistance:

Be a Protector, Stand with Gara. Sign the Petition Now 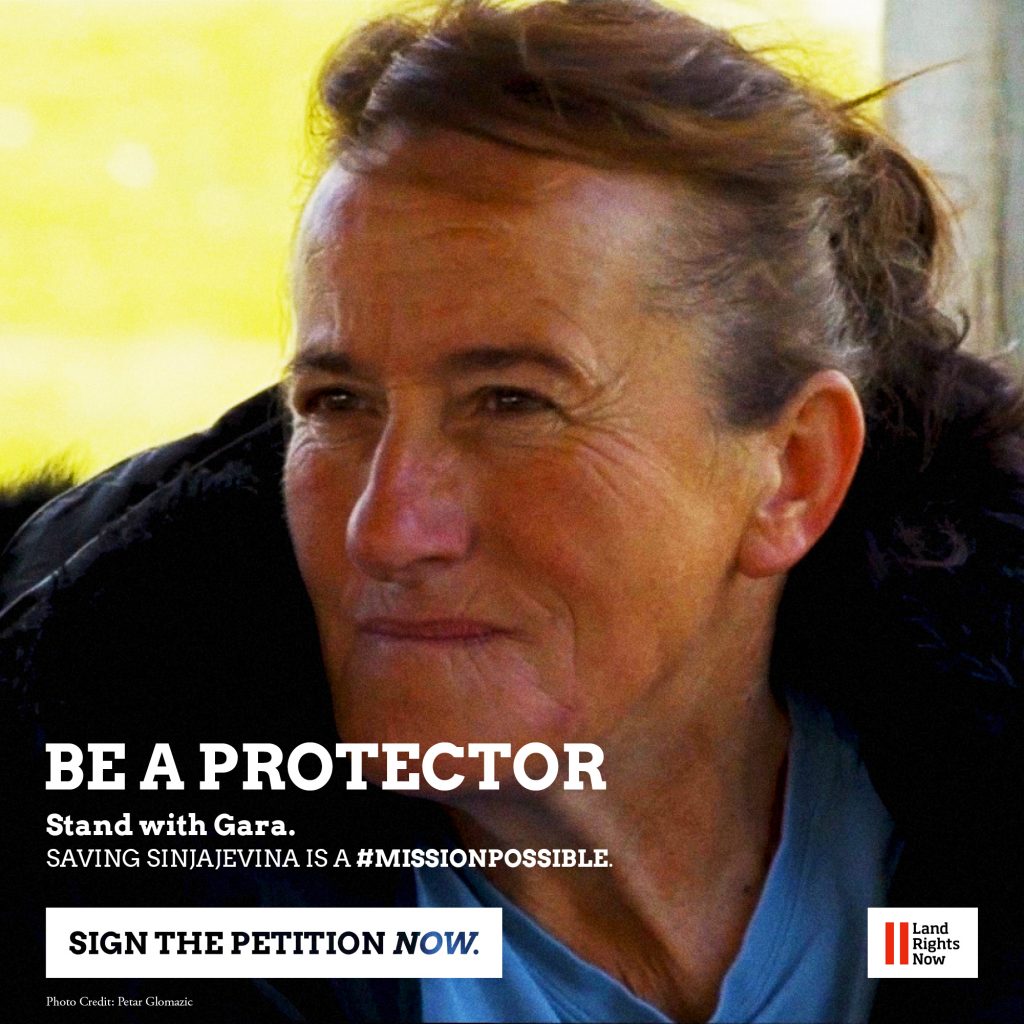