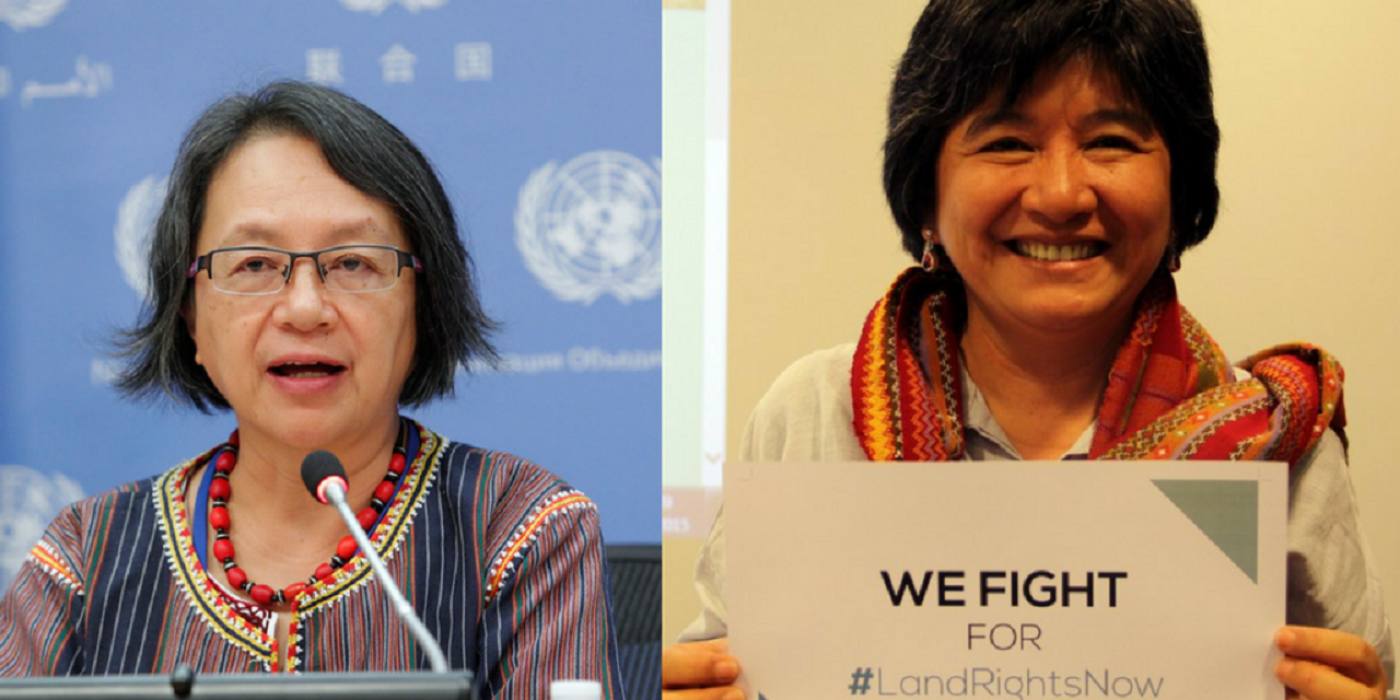 Stand with Land Rights Defenders under threat in The Philippines

Stand with Land Rights Defenders under threat in The Philippines

We are deeply concerned for the security and liberty of a number of Indigenous People’s Land Rights Defenders in the Philippines following a petition filed in court and made public last week by the government seeking to declare them as terrorists and outlaws.

The list includes Ms Joan Carling and Ms Vicky Tauli-Corpuz who, over the past two years, have played a key role as advisors Land Rights Now. Both are known and respected nationally and internationally for their consistent and democratic work to further human rights for the most vulnerable and discriminated.

‘’ I have fought for human rights and, in particular, the rights of indigenous peoples my entire life […]. I therefore denounce this unfounded and false accusation, which not only pose a risk to my security, but is also an affront to the exercise of the fundamental rights and freedoms associated with democratic governance, and to the human rights obligations of the Philippine government,’’ said Joan Carling in a statement

On 21 February 2018, the Department of Justice filed a petition to the Regional Trial Court of the National Capital Region in Manila City declaring some 600 individuals, many of them human rights defenders and political activists, as “terrorists and outlawed organisations, associations and/or group of persons.”[1]

This attack takes place in a context of deteriorating human rights situation in the country with widespread extrajudicial execution and ongoing attacks against voices critical of the current government. By declaring Indigenous People’s rights defenders terrorists, the government is able to monitor them more closely, track finances and curb access to resources among other measures. It also poses serious threats to their lives, security and liberty, and is clearly meant to harass and intimidate them.

“The Government of the Philippines regularly and increasingly threatens and harasses indigenous peoples. But this is taking it to a whole new level,”said Julie Koch, Director of the International working Group on Indigenous Affairs which also reports that under Rodrigo Duterte’s administration, Philippine indigenous peoples organizations have also recorded at least 62 illegal arrests, 21 political prisoners, 20 incidents of forced evacuation affecting 21,966 indigenous peoples and more than a hundred people facing trumped-up charges and forcible closure of 34 Lumad schools from July 2016 to December 2017.

UN Special Rapporteur on the Rights of Indigenous People Vicky Tauli-Corpuz denounced the government for labelling her as a terrorist and putting her life at risk, calling the allegations “baseless, malicious and irresponsible.”

Show your solidarity and express your concern to the Government of the Philippines: Sign the petition