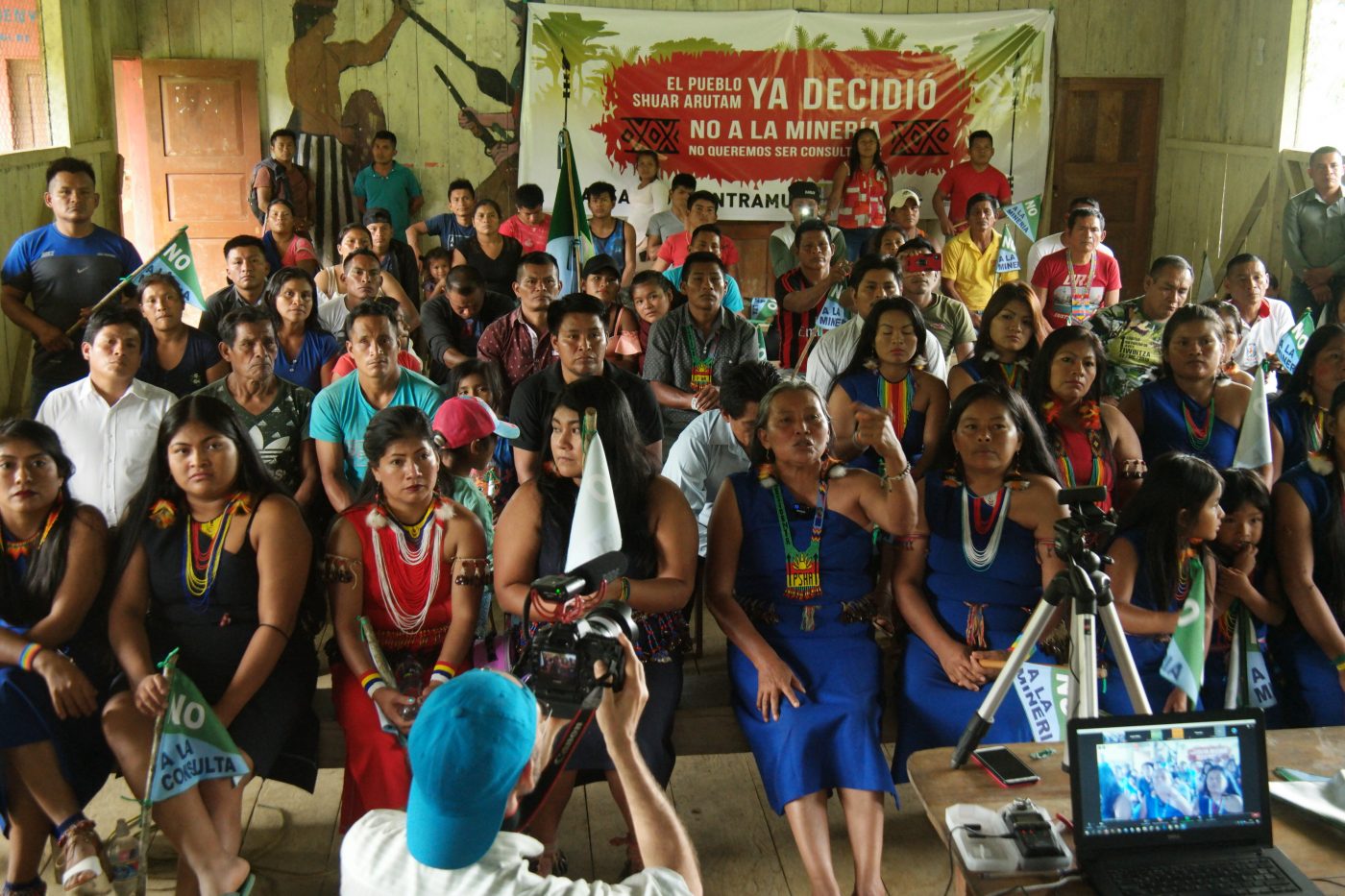 The Shuar Arutam people defend their territories and biodiversity

The Shuar Arutam People (PSHA) have said NO to large scale mining in their territory.  Currently 56 percent of the PSHA territory is under concession to more than ten mining companies and at least four projects are operating without a free, prior and informed consent consultation process with the local communities.

With more than 12,000 inhabitants, distributed in six Associations and 47 communities, the Shuar Arutam People are located in the Cordillera del Condor, southeast of the Ecuadorian Amazon, bordering Peru. It is an ancestral community whose Territory of Life is made up of 230,000 hectares.

In 2019, they elected for the first time a Shuar woman as their president, Josefina Tunki, who, together with the other members of the Government Council created a ”Plan for Life” to protect  one of the most biodiverse areas of Ecuador.  Spirts of the forest such as iArutam (great energy of power and wisdom), Nunkui, Tsunki, Etsa  are an important element for sustaining Shuar Arutam culture.

Together both the State and the oil companies are in collusion to try and create divisions among the Shuar communities. One of the companies, Solaris Resources Inc., claims to have developed a successful model of consultation to legitimize its presence and actions.

In doing so, the company is disrespecting the Shuar’s own governance and decision-making mechanisms. Not only that but the Ecuadorian State recognizes collective rights and identifies itself as plurinational and intercultural nation in its Constitution.

The mining companies have already left traces of environmental and socio-cultural violence. In 2016, there was a military incursion to evict families from the Nankints community, where the Panantza-San Carlos mining project  run by EXSA was located.  This project is currently not in operation. 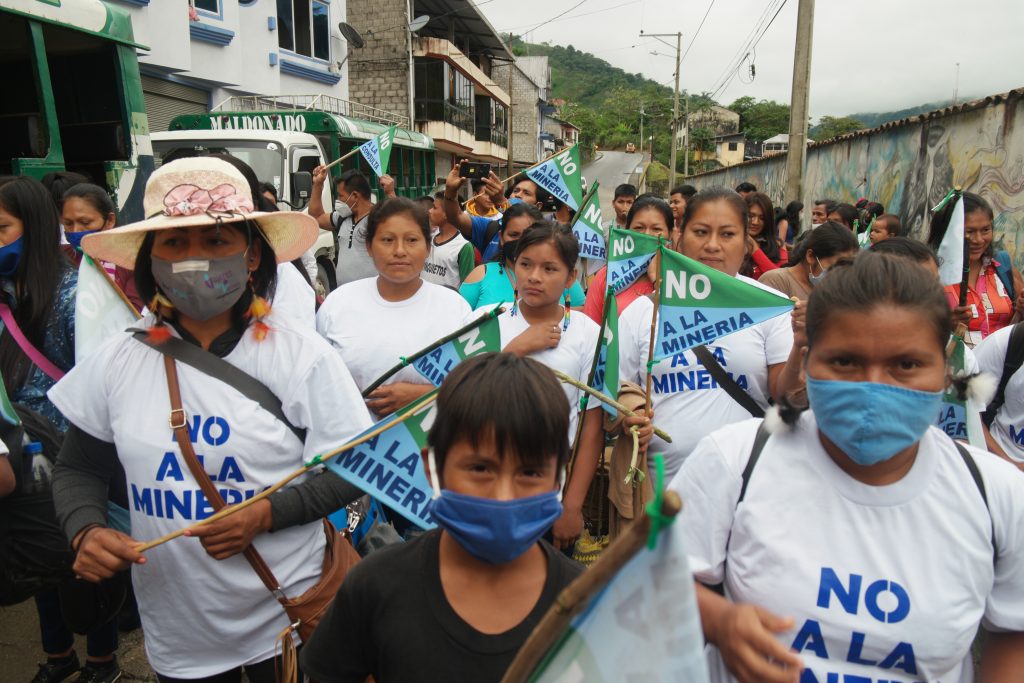 The militarization of the territory, the criminalization of the leaders, and the displacement of several families generated fear in the population that fled to other communities with their daughters, sons, and elderly people.  Several leaders were imprisoned and others had to remain in hiding because of the trumped-up charges of terrorism.

The State granted mining concessions in a territory that is part of the SocioForestry Program, whose economic incentives for conservation have been halted since the PSHA ratified its denial of large-scale mining. In view of this, the present Government Council, headed by Josefina Tunki, following its Plan for Life, has exposed economic harassment by the State.

The mining company, in collusion with the Ecuadorian State, has violated the internationally recognized Collective Rights. Among these are the right to free, prior and informed consent consultation.   As a result on November 23, the PSHA made a complaint to the International Labour Organization for the State’s failure to comply with Convention 169 on Indigenous and Tribal Peoples, ratified by Ecuador in 1998.

In addition, in the context of a pandemic, the Shuar made an official compliant and requested official support regarding the spread of COVID in its territory in particular after the Lowell company took seven Shuar members to a mining summit in Canada.  The state response was to align itself with the mining company.

Currently the Shuar Governing Council fears for their safety due to various incidents of harassment and threats. However, they remain firm in their determination to follow their Plan for Life and in their absolute rejection of large-scale mining in their territories.

This article was prepared with thanks to the Shuar Arutam People, ALDEA Foundation, Lluvia Comunicaciones and ICCA Consortium