Death threats for defending land and water from a coal mine:  Force of Wayúu Women in Colombia

Members of the organization Fuerza de Mujeres Wayúu (Force of Wayúu Women) have received death threats and been subject to defamation and stigmatization for opposing the harmful effects of a mining project in La Guajira, Colombia.

Force of Wayúu women is part of a group of four organizations that filed a nullity claim for the environmental license granted to the multinational company Carbones de El Cerrejón, which owns one of the largest open pit coal mining mines in the world. The presence of the mine in the region has had a devastating effect on the quality of life Indigenous communities in La Guajira in particular with regard to access to clean water.

Following the lawsuit, the national media disseminated false information, arguing that the claim would lead to the definitive closure of the mine, affecting more than 12,000 jobs. The legal claim however only seeks to suspend the project until the protection of the environment and rights of local communities, including the right to prior and informed consent, have been complied with.

This false information disseminated by local media and the mining company lead to the women from Fuerza Wayúu being labelled as anti-development and enemies of progress. This put their lives at risk. Colombia is the second most dangerous place in the world to be a land rights defender. If you are a woman, indigenous or afro-colombian defending rights, threats, and violence including sexual violence are the norm. In fact, every two weeks a woman land rights defender is murdered. And so when the Wayúu began to receive death threats, it was terrifying.

“The first threat I received was not made directly to me. They made it to my fifteen year old daughter. For them it was the way to attack me directly. They attack you where it can hurt the most.” Jakeline Romero, member of Force of Wayúu Women

This stigmatization campaign is a clear tactic to silence the organization and prevent them from doing their important work to defend the rights of the Wayúu population to water and to seek alternatives to the extraction of coal for energy production.

The work of Force of Wayúu plays a key role in the fight against climate change. This group of 230 women and 50 indigenous men in 6 departments of Colombia and one in Venezuela have participated in actions to prevent diversion by the mining company of important rivers such as the Bruno stream and the Ranchería river. They have also denounced air and water pollution, corruption, high infant mortality and precarious working conditions.

In 2017, they won the National Human Rights Award in the Collective Experience category. The Prize pays homage to those who defend Human Rights in Colombia and is granted by the international community. Despite this Force of Wayúu women continue to be stigmatized and to this day continue to receive serious threats.

“When we began to complain, to ask, we found that there was discomfort amongst of local political sectors. They got upset because we asked and claimed a lot. From there came threats in pamphlets, phone calls, text messages and any way that could diminish our work.” Jakeline Romero

Currently, they continue to fight for the respect of their land rights, as well as the protection of their leaders, since official protection measures have been slow, insufficient and inadequate.

“The leaders of human rights defenders in Colombia, we are waiting for international support for the protection of life and survival in our territories.” Angélica Ortiz, member of Force of  Wayúu Women 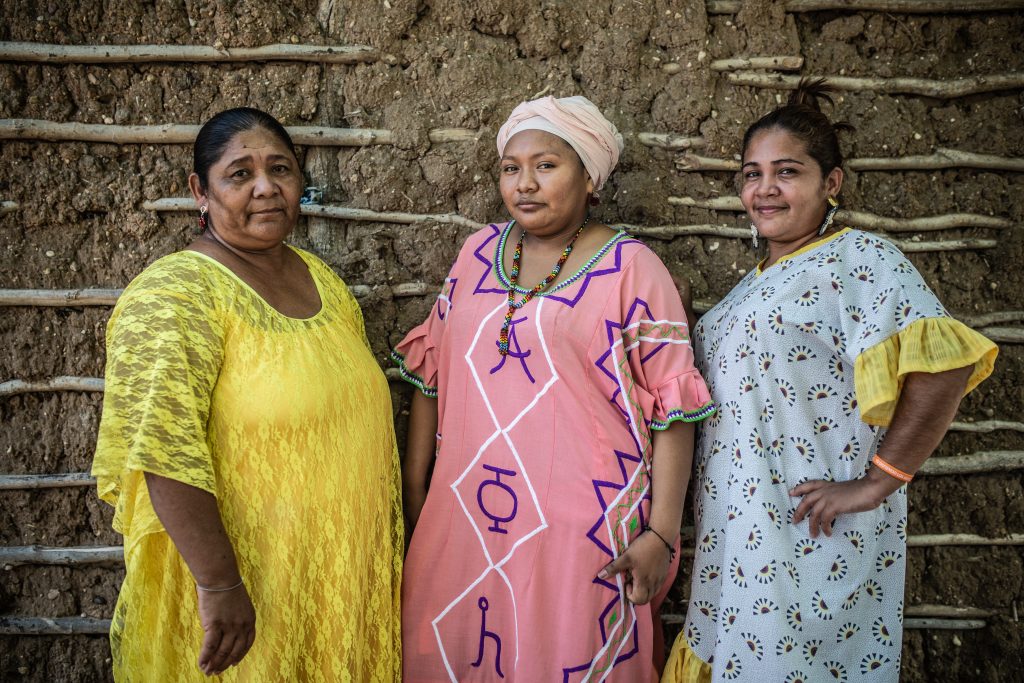