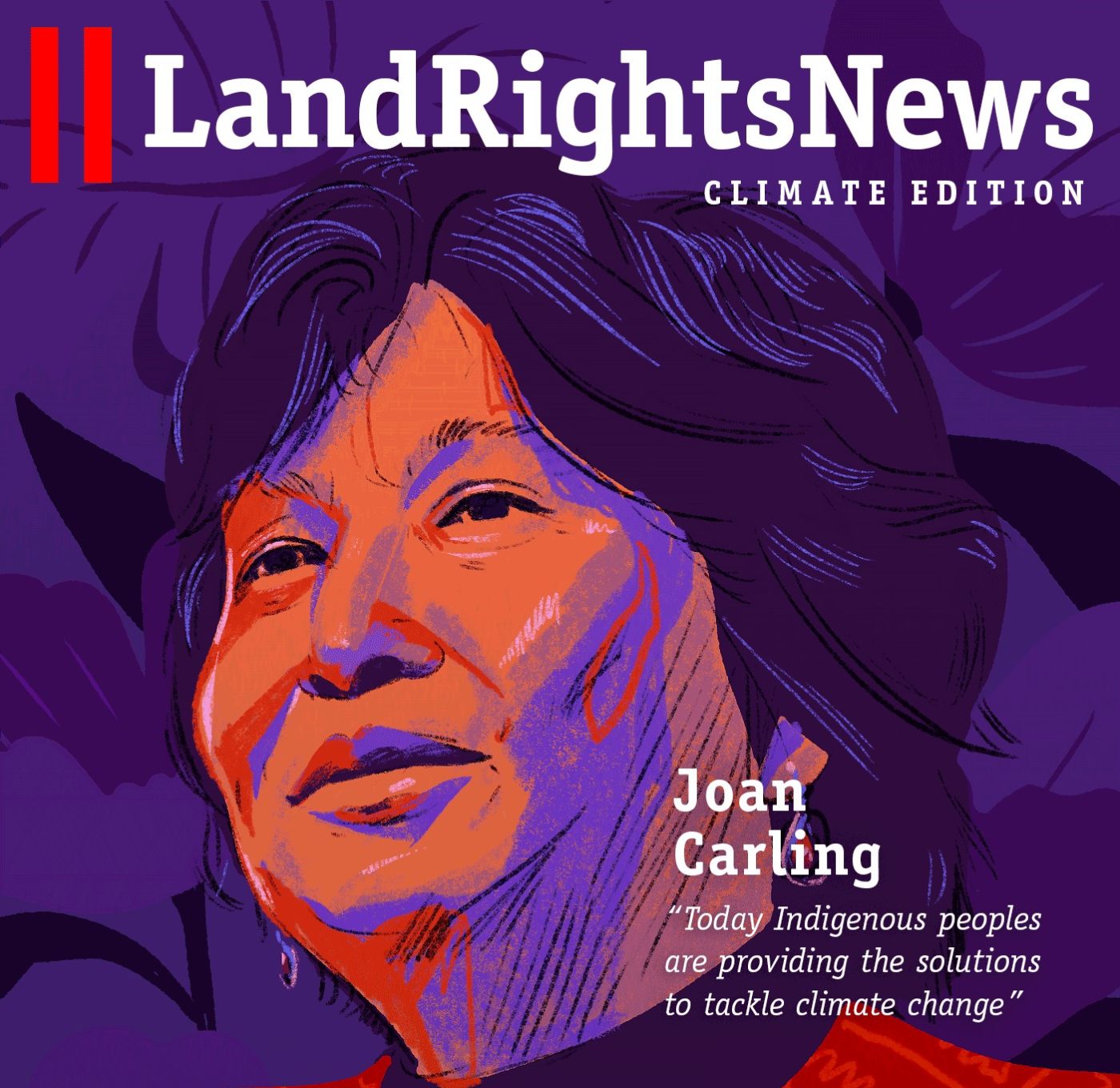 “We are Actors, Not Victims”: Joan Carling’s Story as a Lifelong Activist for Indigenous Rights

The climate justice movement has only just begun to recognize the contributions of Indigenous leaders and knowledge in the fight against climate change. Yet for Joan Carling, an Indigenous woman from the Kankanaey People in the Philippines, the fight for sustainable development represents more than thirty years of work at both the grassroots and international levels.1 Aguiar, Matt. “Indigenous Leaders Spotlight: Meet Joan Carling.” News and Views. The Christiansen Fund, August 17, 2022. https://www.christensenfund.org/2022/08/17/indigenous-leaders-spotlight-meet-joan-carling/.

Carling was born into a Kankanaey community in the Cordillera mountain range of the northwestern Philippines. As a young student at the University of the Philippines during the 1980s, Carling was struck by the murder of Indigenous land defender Macli-ing Dulag. Dulag’s struggle to protect his Kalinga community from the construction of hydropower dams resonated with Carling, whose hometown had been similarly affected by logging and mining concessions.

Carling’s work in the Kalinga community was only the beginning of her advocacy efforts to defend land and Indigenous rights. Using her educational background in sociology and a passion for justice, Joan pushed Indigenous values of reciprocity and traditional ontologies of land into the purview of world leaders.

“We [Indigenous peoples] need to be part of the decision making,” Carling says. “Not because we are victims, but because we are actors, and we have invaluable contributions.”2Ibid.

Joan’s commitment to the visibility of Indigenous activism in the climate movement earned her an appointment as an expert member of the UN Permanent Forum on Indigenous Issues  for 2014-16. Carling also served as the Secretary General of the Asia Indigenous Peoples Pact, a coalition of 50 Indigenous organizations across Asia, from 2008 to 2016.3“Joan Carling.” Interview Her. Nobel Women’s Initiative, 2022. https://interview-her.com/speaker/joan-carling/. Currently, she serves as the Global Director for Indigenous Peoples Rights International, an organization that works to end the criminalization of people defending Indigenous rights.4Aguiar, Matt. “Indigenous Leaders Spotlight: Meet Joan Carling.” News and Views. The Christiansen Fund, August 17, 2022. https://www.christensenfund.org/2022/08/17/indigenous-leaders-spotlight-meet-joan-carling/.  The ongoing impact of Joan’s commitment to environmental and Indigenous defense was recognized in 2018 when she was named Champion of the Earth by the United Nations Environmental Programme.5Quitasol, Kimberlie. “Joan Carling: From ‘Terrorist’ to UN Champion of the Earth.” Headlines. Philippines Daily Inquirer, September 30, 2018. https://newsinfo.inquirer.net/1037558/joan-carling-from-terrorist-to-un-champion-of-the-earth.

Today, Joan continues to seek climate justice for Indigenous communities at all levels. She is attending COP27 in pursuit of a just climate transition which centers the rights of Indigenous and local communities in climate action. The consequences of failing to do so, Joan notes, are dire for Indigenous people. “Suddenly, we see a lot of climate solutions resulting in land grabbing,” Joan says. “This is why IPRI came out with a report about the criminalization of Indigenous peoples. . . we want to show that when you talk about climate change, you must ensure that rights are at the center of climate action.”

To ensure that the rights of Indigenous communities are supported, Joan believes that climate finance and loss and damage are essential. “Those responsible for climate change have to help those in poor countries who are suffering from climate change– that’s justice,” Joan says. Such reparations, she elaborates, should be put directly in the hands of Indigenous communities.

“Without protecting our rights to lands, resources, and right to self-determination, from our perspective we are just scratching the surface. The core of our struggle is to sustain this.  . which has been proven already also protects the world.”

According to Joan, just implementation is equally important. “The main issues should be how do Indigenous people get direct access to [resources which provide] support for climate change and adaptation.”

In addition to her transformative vision for a just transition, so too does Joan believe radical reform is needed to ensure Indigenous inclusion in governance. To democratize decision-making, Joan suggests that institutions such as the United Nations “allow the meaningful participation of citizens” rather than relying on state and corporate representatives. “Because of our marginalization and exclusion, we are not valued [as actors]. Whether you talk about climate change or sustainable development, it is an issue of rights and equity. Rights, social justice, and equity. And that we actually have our contributions, knowledge, and systems, if only the world would listen.”