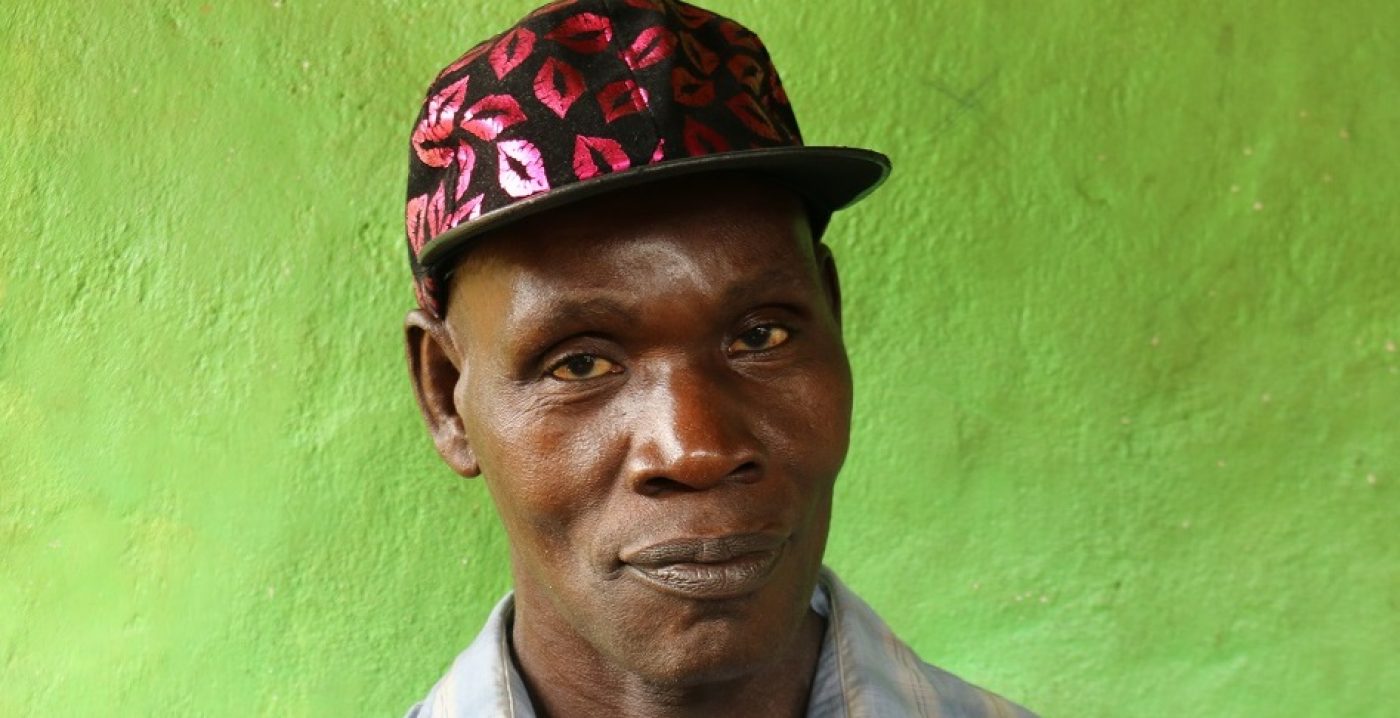 The sacred places and ancestral farmland of Tarjuowon in Sinoe County Liberia are now an industrial palm oil plantation. This is the story of The General Town Chief, Levi Jarteh.

Levi Jarteh might be full of life—wearing a big smile while sporting a face cap—but he is one of the most troubled people in the whole of Liberia’s southeastern region. He is not happy because an oil palm company moved on to the land he and his fellow community members have been farming for generations.

Jarteh and his family still have their thatched hut but all of the land around them has been cleared. His hut now stands in the middle of a palm oil mill, a young palm plantation and felled trees. It is hard for Jarteh to concede that the land has changed forever. “I cannot make farm again because their plantation surrounds our town,” he says, “ But the land is my living.  My people are farmers and they taught me how to farm.”

Over three million women and men in Liberia – roughly seventy percent of the population – live in rural areas – and depend on land that is largely managed through community-based ownership. Conflict over land and resources were one of the causes of the country’s prolonged and deadly civil war and today communities continue to suffer. The Government still does not recognize the system of collective land ownership and as a result grants concessions for logging, mining and agri-business that leave thousands of families without land to produce food while also threatening the country last remaining forests which are a key for climate change mitigation.

One of these concessions was granted to Golden Veroleum Liberia, an Indonesian Palm Oil company.  GVL has been expanding its operations in Liberia since 2013 – acquiring some 350,000 hectares of land making it one of the world’s biggest palm oil plantations. However this has not always been with the consent of the community and there have been reports of Liberians being beaten, threatened, and arrested for voicing their dissent.

When Jarteh opposed a memorandum of understanding between the community of Tarjuowon and GVL – on the basis that the community had not been consulted – he was suspended from his role as chief and denied pay for two years by the local authorities of Sinoe county. However, he did not give up his struggle and continued to defend community land rights – not least as he began to see the destruction caused by the company.

‘’Where the company has its oil palm mill now was a sacred place. The people in Tarjuowon prayed to the spirits of Palloh Hill for children and a good harvest. The company has spoiled everything. When we go there, we cannot get any answers again. There is no sacred place left in Tarjuowon,’’ he laments. 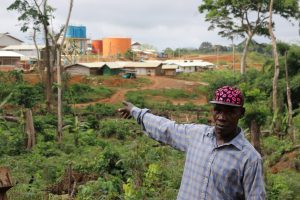 As the palm oil plantation advanced, Jarteh and other residents lodged a complaint to the oil palm regulator the Roundtable on Sustainable Oil Palm (RSPO) which visited the area and met with Jarteh.

In February 2018 it finally issued its report which reprimands GVL for landgrabbing. Among the findings is the fact that the company “self-identified” representatives of communities with which it signed MOUs. Today RSPO calls on GVL to renegotiate with Tarjuowon and other communities to ascertain their free, prior and informed consent.

While Jarteh welcomes this, he knows that signing a new MOU with GVL will not give back the community its land or reinstate its sacred places.

Legally recognizing communities’ customary ownership to land would have averted such land grab in the first place. The Pro-Community Land Rights Act (LRA) drafted in 2014 would recognize communities’ rights to own, manage, and preserve their ancestral lands. This Act would give the people the power to decide the future of their lands andprotect them from unscrupulous corporations.

Join us in calling on President George Weah and the Liberian Senators to stand with people like Levi Jarteh by passing the pro-community Land Rights Act.

Photo and story with thanks to James Giahyue