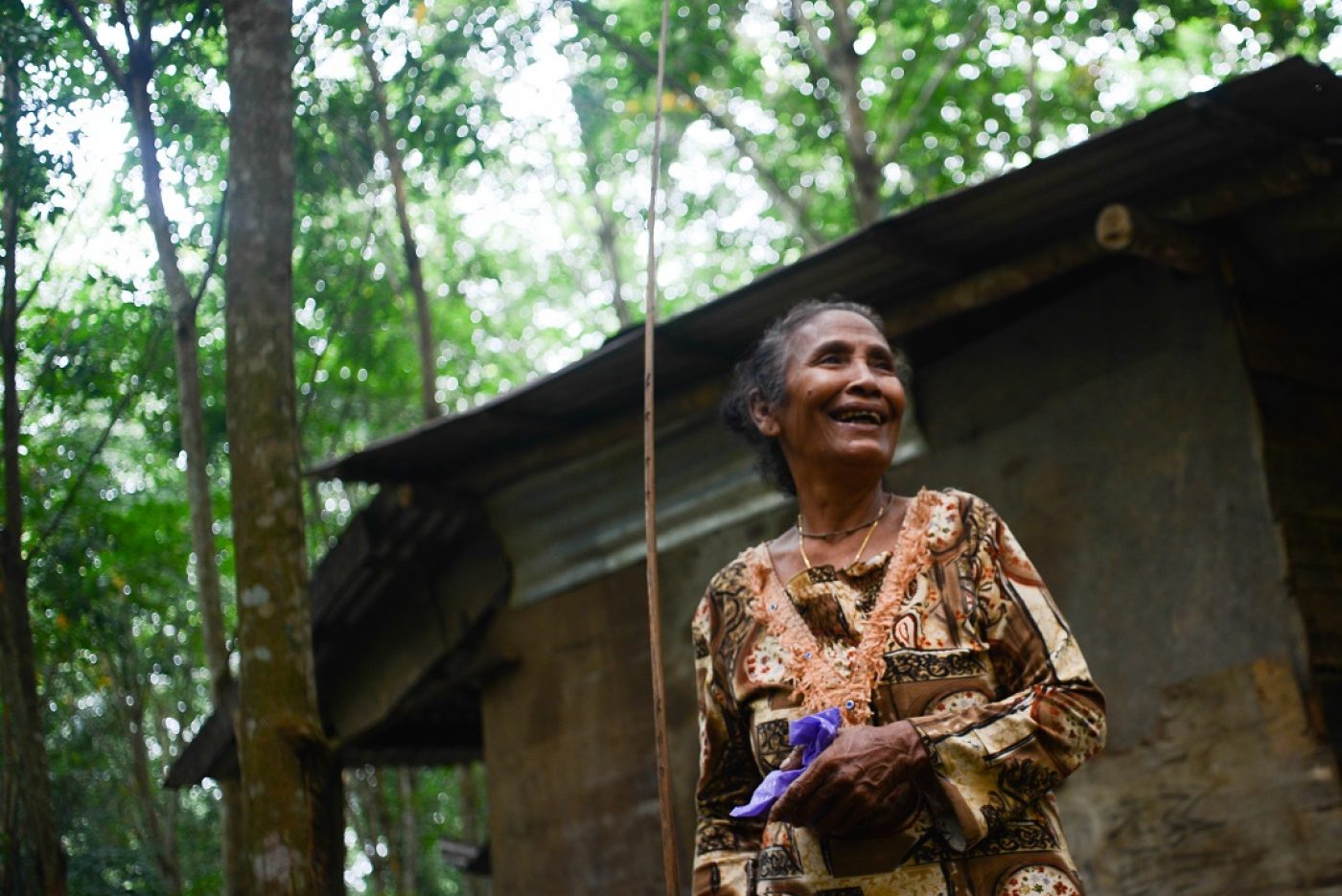 “Even though I don’t have formal education, do not underestimate me. I am not afraid.”

As part of the 16 Days of Activism Against Gender Based Violence, we are highlighting the work of women land rights defenders and the ways in which land rights are key for eradicating violence against women. This article is an edited extract from HerStory 3, the third in a series of book-length collections documenting stories of indigenous women change makers across Asia. The HerStory series is published by Asia Indigenous Peoples Pact (AIPP).

Yebet Binti Saman is an Indigenous Semaq Beri elder from Kampung Mengkapur, Malaysia, who made history by becoming the first Orang Asli woman plaintiff to lead her community in a legal suit against the state authorities, in defense of her community’s customary territory.

Yebet grew up during the Malayan Emergency (1948-1960), a civil war between the colonial government and communist insurgents which forced her and her family to go into hiding. Their intimate knowledge of the forest within their customary territory, passed down from her parent’s parents and their parents before that, enabled Yebet and her family to survive those difficult years.

When the violence eventually dissipated, Yebet and some members moved back to their customary territory. Over time, a new threat emerged. Developers started encroaching on their land.

“They come in and cut the forest. They plant oil palm. They started digging the earth for iron, destroying our caves for limestone and now they want to also dig for gold,” says Yebet.

In a place where Yebet once recalled seeing an elephant giving birth, the deforestation, followed by large-scale plantations and iron mining, desolated the once pristine forest. The limestone caves, notably Bukit Tongkat, the resting place of the remains of an elderly Semaq Beri woman and child, where Yebet and her community would often go to clean the area and pay their respects were also under threat of limestone mining.

Yebet and her community were not sure what was the next step to take, until one of her daughters, Fatimah a/p Bah Sin, attended a workshop explaining the United Nations Declaration on the Rights of Indigenous Peoples (UNDRIP). Certain that they had legitimate rights to their customary territory and could act to claim those rights, Yebet and her community sought out help to bring their case to court. She could no longer watch the rivers where she fishes, turn brown, and she could no longer bear to watch their sacred areas flattened and dug up. 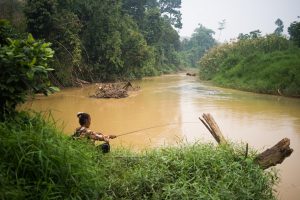 On 14 December 2012, Yebet and five other fellow villagers filed the suit in their personal and representative capacity for 76 other villagers, claiming native title rights to the customary lands in Kampung Mengkapur. During the course of the case, Yebet along with two other witnesses, took the stand over six trial dates, facing the lawyers of the defendants who interrogated her and tried their best to discredit her and her community’s relationship with their customary land.

On the fourth year of the trial, the lawyers representing Yebet and her community assessed the case and advised them to accept the original settlement offer from the state government, which was for the state to recognize their village area but not their larger customary territory. Yebet and the other claimants took the advice and accepted the bittersweet judgment. The case was closed on 18 February 2016. While Yebet accepts the amicable settlement, she is vigilant as despite the judgment, the land area delineated as theirs still faces encroachment from developers.

Today Yebet continues to be the pillar of strength and guidance for her community in defending their customary territory and protecting what’s left of the forest.