A big win for environmental and community rights in Kenya

The case of the violation of the land and environmental rights of the people of Lamu was featured during the Land Rights Now Global Mobilisation in April 2017.

“Today we can’t express how much happiness this judgment brings us. We thank the members of the tribunal for listening to our plea and revoking the license granted by NEMA,” said Save Lamu Vice Chair Mohammed Mbwana ”We are now old, but we inherited a clean and healthy environment from our fathers, and it’s our duty to give our children a clean and healthy environment as well.”

NET ordered Amu Power to undertake a new Environmental and Social Impact Assessment (ESIA) for the project. In the interim, no construction is permitted to begin on Lamu coal plant. A valid ESIA licence is required for the project to proceed and for contracts to go in effect.

Among the ESIA’s significant insufficiencies, the tribunal faulted Amu Power for their failure to conduct effective public participation. Reading the judgment, NET Chairman Mohamed Balala noted that the tribunal could not excuse non-compliance: “Public participation is the oxygen that gives life to an ESIA report.”

While today’s ruling will delay project development, it does not stop the proposed Lamu coal plant. Amu Power can conduct a fresh ESIA and apply for a new licence, or can choose to appeal the decision, seeking to overturn today’s ruling and have the project’s ESIA licence restored. Amu Power has thirty days to file a notice of appeal.

In today’s judgment, NET observed that the National Environment Management Authority (NEMA) erred in issuing Amu Power with the license. They cited procedural irregularities in determining that the Lamu coal plan’s environmental and social impact assessment (ESIA) did not meet the test of an ESIA study as required in the Constitution of Kenya.

NET found that there was no substantial basis for the issuance of the ESIA licence for Lamu coal plant and ruled that “the second respondent [Amu Power] is hereby ordered to cease the construction of the coal plant in Lamu until a fresh Environmental Impact Assessment and public participation is undertaken and the outcome of the report be published publicly.”

Significant points included public participation insufficient to the extent of being “contemptuous of the people of Lamu” and the project’s lack of a Strategic Environmental Assessment (SEA) and due consideration of alternatives. NET also cited insufficient and unclear plans for toxic coal ash handling and storage, as well as the omission in considering the Climate Change Act.

After three years of litigation since filing the appeal in 2016 to NEMA’s approval of the coal plant’s ESIA licence, the Lamu community and Kenyan public have been waiting with bated breath for justice: justice not only to live in a healthy environment but also to be heard as Kenyans and have a say in the kind of development they want.

“Now I believe an average Kenyan can go to court and get justice. In the past people suffered in silence. I am really happy with the judgment,” said Lamu resident Mohamed Athman.

The judgment signals a new era in environmental protection in Kenya. Today, Kenya’s judicial system signalled that it will ensure that regulatory bodies sufficiently consider the environmental and social impacts of large-scale infrastructure projects. The tribunal stated that it will intervene where a license is issued in violation of the law.

The judgment has restored hope among Kenyans that, indeed, the law is the great equaliser – handing justice to the poor and rich alike. No doubt this judgment will set precedence in the country, region, and globally. 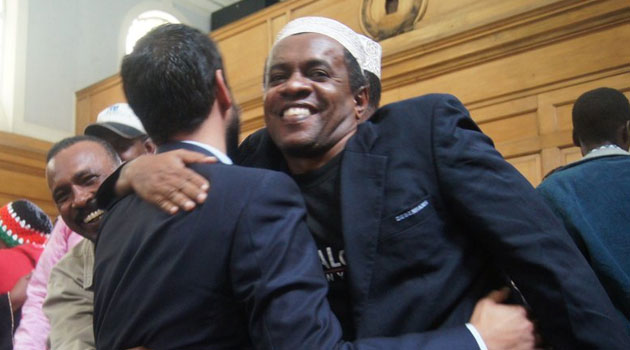 Indeed, other ongoing projects in the country that are flouting the Constitutional rights of the people, including public participation and a right to clean and healthy environment, are now on notice. Contractors and investors must now go back to the drawing board before the law catches up with them.

This judgment has affirmed Kenya’s position as a global leader in renewable energy and has firmly put the country on its path to transition from 70% currently to 100% renewable energy by 2020, as President Uhuru Kenyatta has pledged.

“Today’s ruling is a major one for the environment and for the people of Lamu and Kenya. It has stamped the authority of tribunals in courts to ensure compliance with the rule of law,” remarked Ochiel Dudley, lawyer with Katiba Institute, which litigated the case.

“What this means is you can’t ignore the concerns of a community when considering a development project. Indeed, this case from the start wasn’t about anti-development. It was about giving communities a chance to participate meaningfully in developments concerning them, said Mark Odaga, lawyer with legal partner Natural Justice.

This article thanks to deCOALonize Campaign