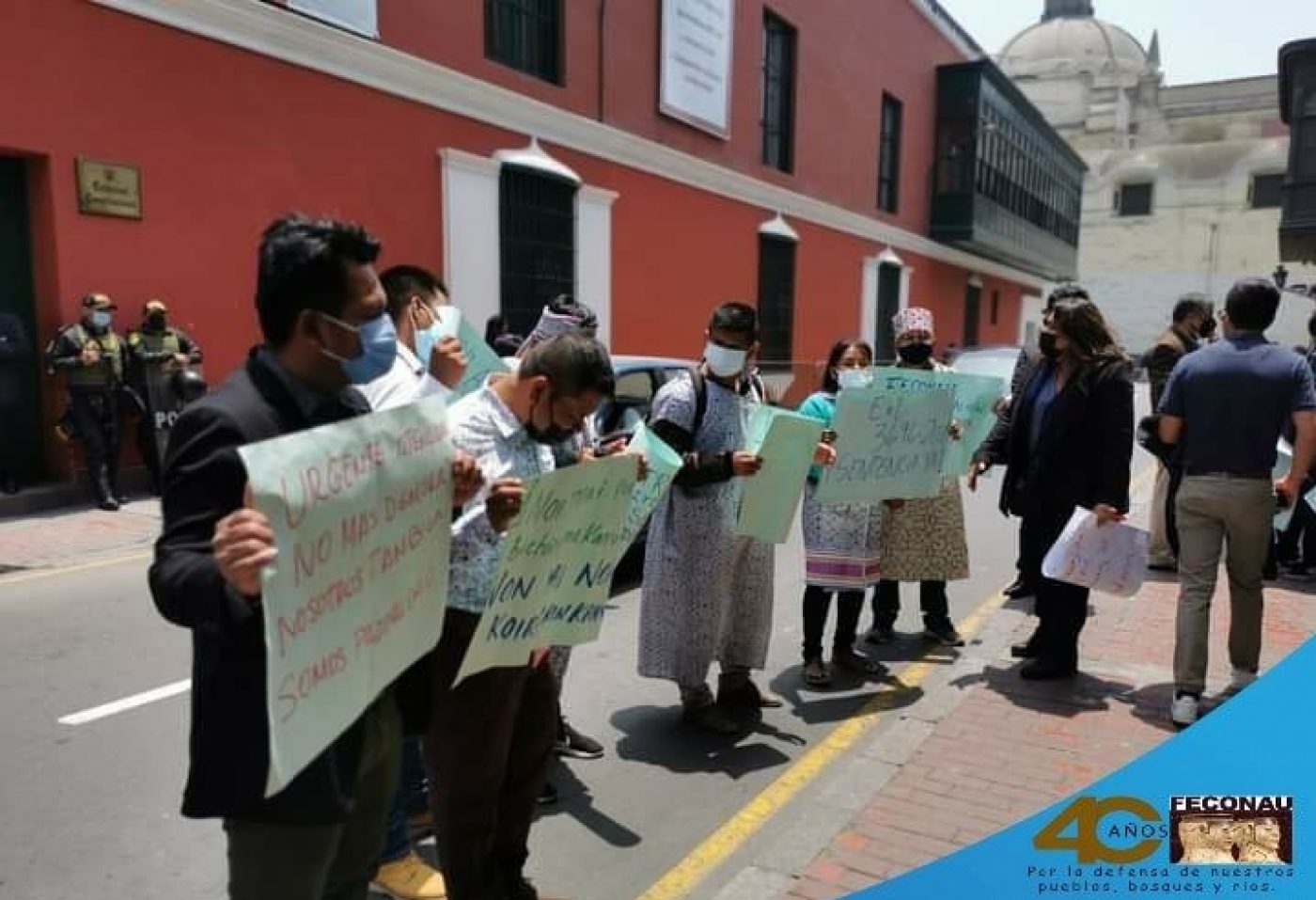 Over the past year, the community of Santa Clara de Uchunya has received major support from citizens all over the world. More than 13,000 people from nearly 50 countries signed a petition calling for the Peruvian Constitutional Court to recognize the land of the community and condemn the palm oil company responsible for the deforestation of 10,000 hectares over their ancestral territory.

The petition was delivered to the court in March, along with a press conference organized by the indigenous leaders. Their message was clear: saving the land of the community and condemning the company is not only important for Peru, it matters to the world, as we all depend on the protection of the Amazon to confront the climate crisis and address biodiversity loss. To do so, it is critical to obtain a court ruling that sets a precedent for indigenous land rights in the Amazon.

In September, the leaders of Santa Clara and their allies travelled to Lima, Peru’s capital, to protest in front of the Constitutional Court and make their voices heard. They asked the judges to deliver their ruling as soon as posible. To share that message to the world Miguel Guimaraes, an indigenous leader who represents the community at a regional and national level, travelled to the COP26 in Glasgow to talk to leaders about the destruction of the Amazon and how land defenders are risking their lives to protect their territories and the planet. He asked the international community to stand with indigenous people and to European countries to stop supporting and funding companies responsable for deforestation.

The Constitutional Court of Peru is taking too much time to deliver justice to Santa Clara de Uchunya, but the indigenous leaders and their allies will continue the fight until the community gets it’s land back. Along the way, new supporters are joining them to make their voices heard and amplify their messages. Thank you for being part of this movement. Your support is vital to keep their claim for justice alive.