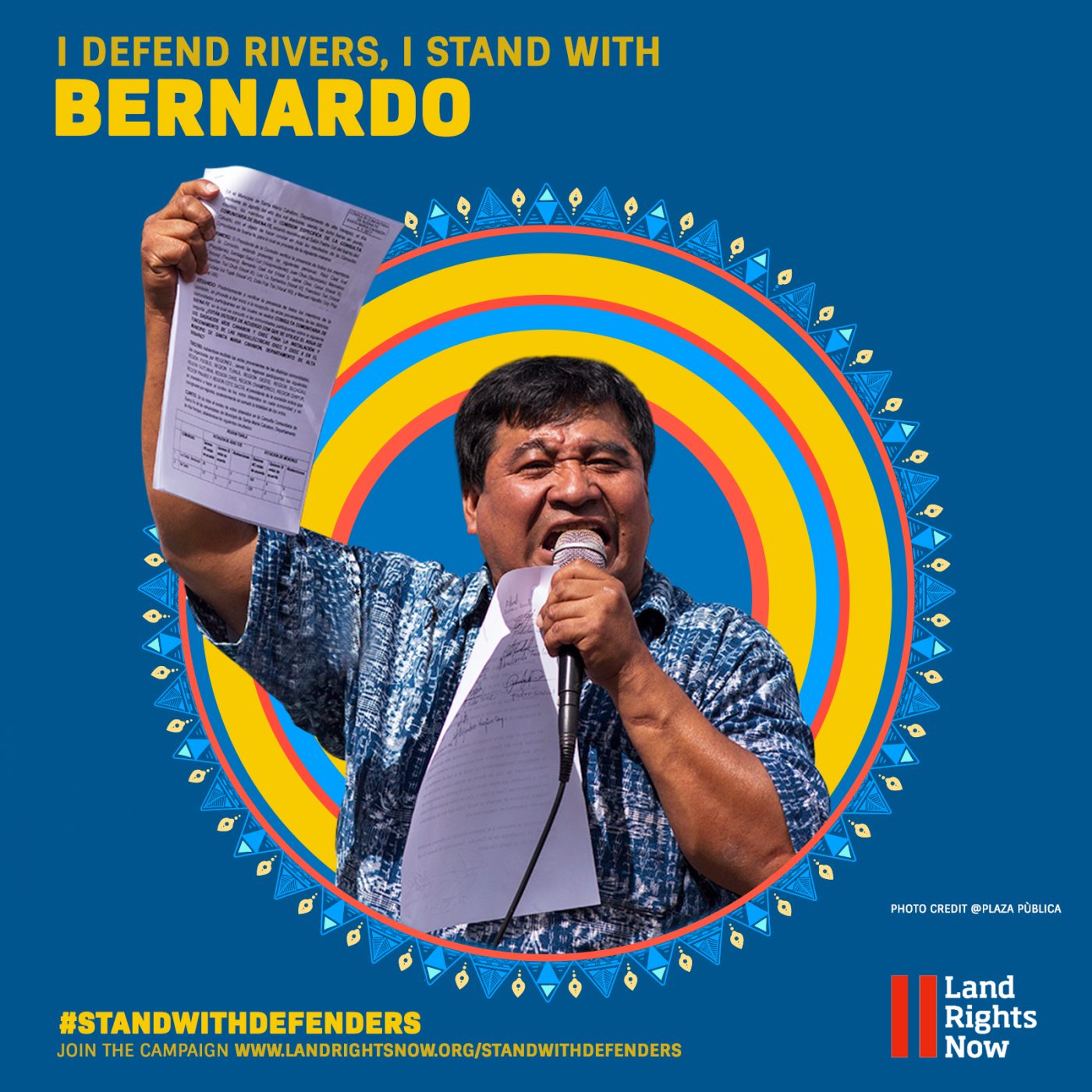 Bernardo Caal is an indigenous Q’eqchi environmental activist who was wrongfully imprisoned in Guatemala. His case is emblematic of the worrying criminalization of land defenders occurring in many parts of the world.

You may remember his story, which we shared in 2019 along with a petition. At the time, Bernardo was in prison. His crime? Defending the Cahabón River, one of the largest of Guatemala and sacred to the indigenous Maya Q’eqchi communities, against two hydroelectric dams.

Earlier this year, after over four years in prison, Bernardo was finally released. But the fight isn’t over: he is now facing another trial, on top of a mountain of legal fees.

DONATE TO HELP BERNARDO FIGHT BACK

Why was Bernardo wrongfully imprisoned in the first place?

In 2018, a hundred indigenous communities nominated Bernardo to speak out against the diversion of the Cahabón river for the construction of a hydroelectric project. He filed an injunction before the judicial institutions to claim the affected communities’ rights to be informed, consulted and their consent respected regarding the fate of the megaproject. The judicial institutions agreed with the communities, recognizing that their rights had been violated and momentarily suspending the construction licenses of the hydroelectric companies.

That’s when Bernardo was defamed and persecuted, and crimes of aggravated robbery and illegal detention were fabricated against him. The judge gave evidentiary value to testimonies of people linked to the hydroelectric company and sentenced him to more than seven years in prison. Although Bernardo was released earlier this year, he will face another trial in the coming months. Stand with indigenous peoples and criminalized land rights defenders. Donate to help Bernardo’s struggle to protect nature.

SHOW YOUR SUPPORT AND DONATE TODAY