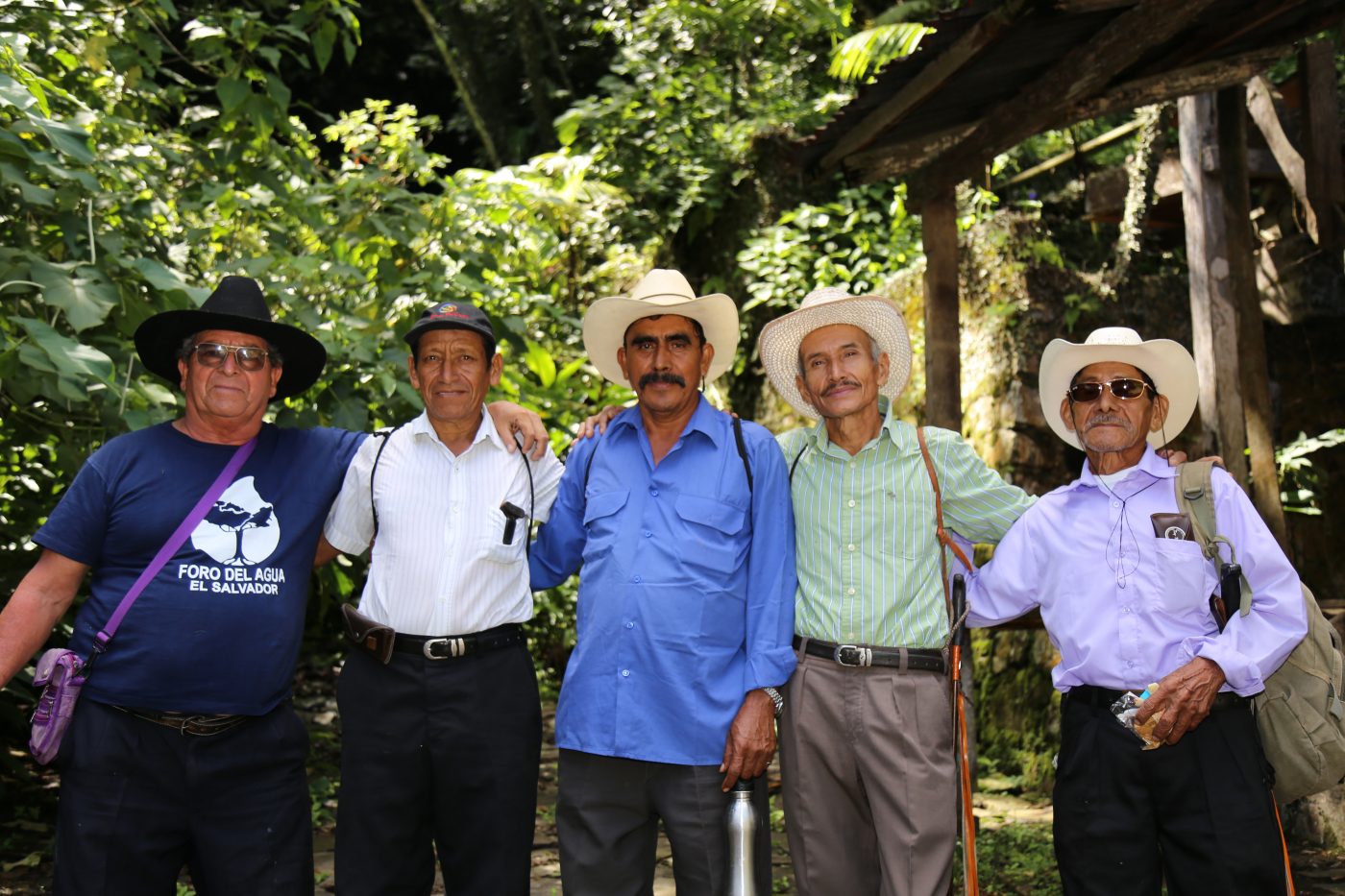 On trial for defending community water sources in El Salvador

Update on the Tacuba Water Defenders.

The hearing schedule for the 12th November was rescheduled to 7th January. We will continue to keep you updated on the progress of the case.

On 12 November 8 human rights defenders will go on trial in El Salvador on false allegations of “aggravated theft.” They face possible prison sentences of 5 – 8 years.

The defenders played a key role in implementing a community water project; the criminalisation process they face is a clear attempt by the former municipal government, supported by the local prosecutor, to prevent them from defending one of the most basic rights – access to water.  They are David Elías Aguirre (67), Marco Antonio Jiménez González (43), Celedonio Martínez Santos (80), Tomás Humberto Zúniga González (62), Wilfredo Aguilar Rivera (48), Luis Álvarez Cabezas (62), Héctor Antonio Sánchez Zaldaña (55), and Nery Adalberto Zaldaña Calderón (47) and if convicted  it would set a demobilizing precedent for the communities that organize themselves to defend their rights.

In 1995, seven communities in Tacuba municipality, department of Ahuachapán in El Salvador, created the Asociación de Desarrollo Comunal ‘Bendición de Dios’ (‘Blessing of God’) to improve access to clean water for their families. After acquiring adequate funding and technical support through international assistance and with the labour of community members, the community water supply system was completed in 1996, for the first time bringing drinking water directly to those communities.

This system was the first of its kind in that area, and provided 5000+ individuals access to clean, running water. However, over the years the supply came under strain due to the fast-growing population in their communities. The Association decided to manage the water supply by geographical sectors to better ensure water was available to all. However, the municipal government at the time abused its power and illegitimately took over the communities’ patrimony, causing a conflict that continued over the following decade and resulted in the persecution and temporary imprisonment of those who led the community project.

The legal harassment was initiated by the mayor at that time, who falsely accused eight members of the Association of committing the crimes of “usurpation of property”, “theft of fluids” and “aggravated theft”. The current mayor has requested that the case be dismissed, however, the prosecutor refuses, and the cases were pushed to trial.

The Salvadoran Humanitarian Aid Association PROVIDA, an organization that is providing legal support to the defenders, has been successful in getting two of the three charges dismissed. However, the most serious charge, “aggravated theft”, remains even though the prosecution has presented no evidence. If convicted, the defenders would be immediately imprisoned for this crime, which carries a sentence of 5-8 years and would require imprisonment during any appeal process.

At the pre-trial hearing, the judge accepted all evidence and testimony provided by the prosecution but none from the defence. The public court hearing is set for November 12th and chances of a conviction are imminent. The defenders affirm that they always acted with integrity and honesty and are demanding that the water system be legally returned to the communities that built it. They all live in Tacuba, one of the municipalities with the highest levels of social exclusion in El Salvador.

From 2-9th December, Land Rights Now will mobilize globally to stop criminalisation of Land Rights Defenders. This case from El Salvador is a clear example of what is fast becoming a global crisis.

We stand with the Tacuba Water Defenders and the hundreds of other land rights defenders who face criminal charges for their peaceful work to defend their rights and protect the planet.

Demanding justice and dignity for the defenders of Tacuba! 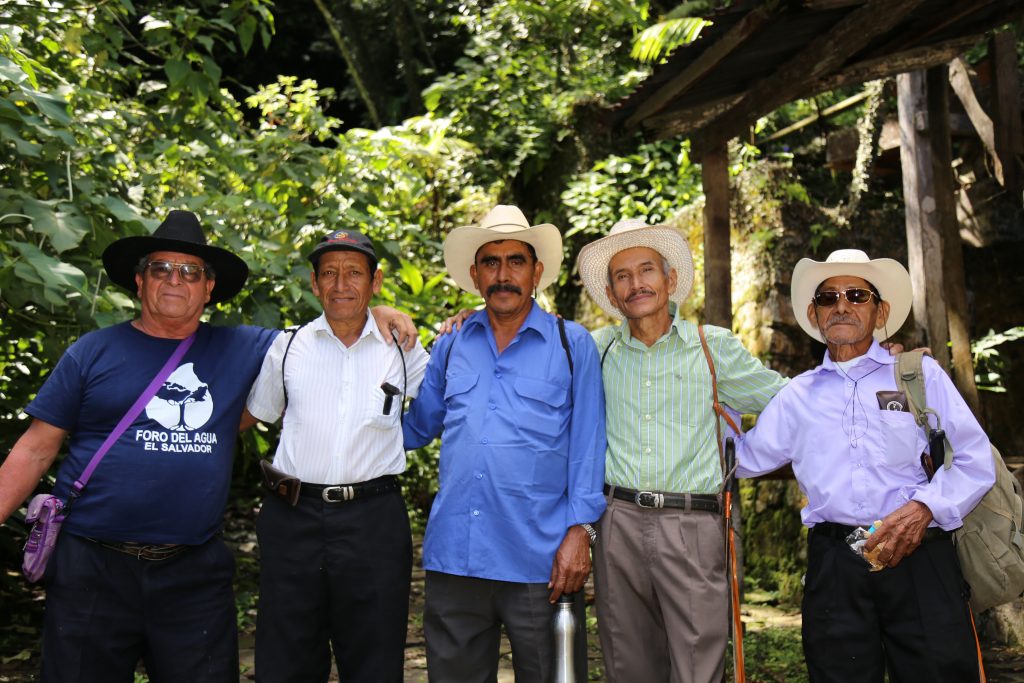 From left to right: David Díaz Aguirre, Arturo Elcides Padilla, Tránsito Contreras, Tomás Zúniga and Celedonio Martínez Santos, defenders of the human right to water and members of the Asociación de Desarrollo Comunal ‘Bendición de Dios’, which administers the water system of “The 7 communities of Tacuba ”, in the department of Ahuachapán.